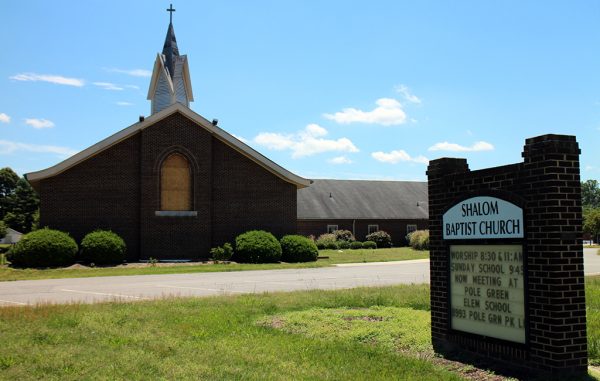 The collection plate at a Hanover County church has runneth over thanks to a real estate-hungry German grocery chain.

Lidl, which soon is opening its first wave of stores in the Richmond market, earlier this month paid $4.87 million for 6 acres at 6395 Mechanicsville Turnpike, which held the former Shalom Baptist Church building. The land most recently was assessed at $1.47 million.

Shalom Baptist has occupied the roughly 12,000-square-foot building since 1972. The church vacated the site a few weeks ago, and the sale closed June 19.

“This has been a long journey for our church,” Miller said. “Lidl isn’t the big greedy monster that forced the little church off its land. The church was well aware of this and moved through a series of meetings … and voted with a strong majority to do this.”

In the interim, Shalom Baptist and its 250 congregants are gathering at Pole Green Elementary School at 8993 Pole Green Park Lane, with a plan to build a permanent residence already in the works 1.5 miles down the road.

“We have land we’re looking to close on very soon on Walnut Grove Road,” Miller said, adding that it hopes to open the new spot in late summer 2018. 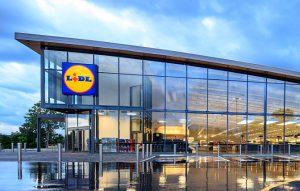 Lidl is planning at least nine stores in the Richmond area. (Lidl)

Lidl did not reply to comment requests by press time.

The Mechanicsville acquisition – Lidl’s second local land deal this month and third this year – would put the chain within a mile of Aldi at 7003 Mechanicsville Turnpike. Aldi has been equally aggressive in its push for land in the region.

Lidl opened its first wave of U.S. stores this month in Hampton and Virginia Beach, and announced more stores in Culpeper and Chesapeake will open July 13.

A future Mechanicsville store would be at least the ninth site the chain has in the works in the Richmond market, the first of which are expected to open this summer. No dates have been announced.

In March it gobbled up the former Colonial Downs off-track gambling parlor on West Broad St., and this month it spent $1.7 million for 7.5 acres off Iron Bridge Road in Chesterfield County.

Adjacent to the former Shalom church is a small house at 7446 Adams Farm Road. Miller said that building was not included in the sale, and the church will continue using it as an office building.