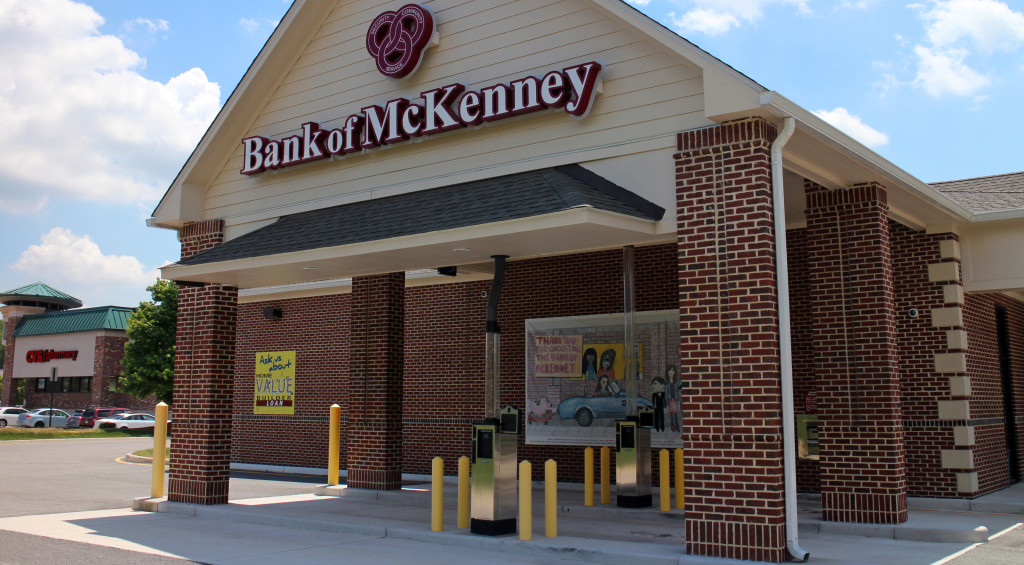 The continued coupling of Virginia banks knows no bounds, as yet another deal will reshape the Richmond market.

The all-stock deal, valued at $19 million, will create a combined company with $447 million in total assets and 13 branches covering McKenney’s territory on the southern edges of the Richmond region and CCB’s reach in South Hill, Gasburg and Boydton, as well across the North Carolina border in Roanoke Rapids, Henderson and Louisburg.

The combined bank, which will be rebranded with a yet-to-be-determined name, will keep its headquarters in Prince George in a building that Bank of McKenney recently purchased as its new home base.

Richard Liles, McKenney’s longtime CEO, said the deal was motivated in part by his desire to step away from the reins.

CCB chief executive James Black, 45, will take the CEO title once the deal is completed, as expected in the fourth quarter. Liles will serve as a salaried executive chairman through 2018. 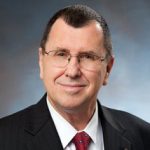 Liles, a Virginia Tech grad and Dinwiddie native, started his career at Farm Credit in southern Maryland. He also had a stint at Bank of Southside Virginia, before taking the CEO seat at McKenney in 1989.

“It’s been a tremendous ride, but I think James is going to take it to the next level,” Liles said.

He said the bank hired consultants last fall to consider which moves to make in the age of seemingly nonstop bank consolidation.

Black said CCB wasn’t actively searching for merger partners, but had developed a relationship with McKenney over time that led to discussions. Both sides liked the fact that their branch networks didn’t overlap.

“It makes quite a bit of sense for our two community banks to join forces as one stronger, more competitive bank,” Black said.

A VCU grad, Black began his banking career as an examiner at the Federal Reserve Bank of Richmond. After stints at other companies, including the former Metro County Bank, he joined CCB as CFO 11 years ago and was named CEO in 2012.

Black grew up in Chesterfield and said he knows McKenney’s territory well.

“James is from Matoaca, he knows this area,” Liles said. “He’s coming home.” 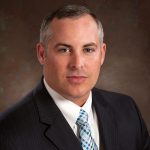 Liles said the banks are hiring a marketing firm to help create a new brand.

The deal is at least the seventh announced or finalized this year to have ripple effects on the Richmond banking market.

Henrico-based EVB this week finalized its deal to merge with Sonabank out of Northern Virginia, with the latter to be the surviving name of the combined $2.4 billion institution.

Virginia Commonwealth Bank and Bank of Lancaster combined this spring to become an $800 million Richmond-based company.

Middleburg Bank, which has had a presence in Richmond since 2011, was absorbed in April by Reston-based Access National Bank to combine $2.8 billion in assets.

TowneBank and Park Sterling Bank, two major players in Richmond, each have large deals in the works.

The $40 billion bank that will result from the combination of the parent of Memphis-based First Tennessee Bank and Charlotte-based Capital Bank will bring a new brand to the Richmond market.

And lastly, in the largest of local deals, Richmond-based Union Bank & Trust and local peer Xenith Bank have a $701 million deal in the works to create an $11.86 billion regional behemoth that will reach across the state.

Dodd Frank in action once again. Get used to banks getting bigger and bigger. The small community bank model is dead

I agree, it’s ‘get big or get bought’ right now in banking. I also feel like the community bank model is also fading due to the internet. Many of the younger generations don’t need the personal face-to-face service a community bank offers with the convenience of online/mobile banking.