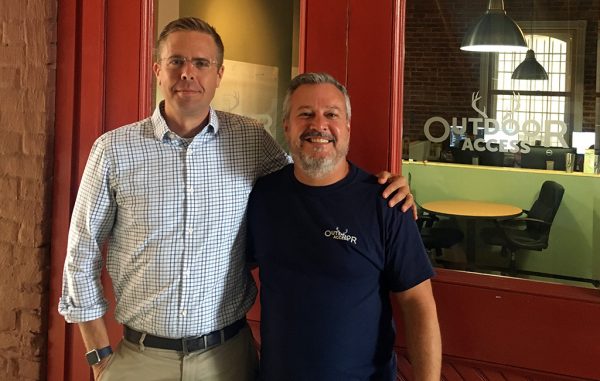 A local startup is reeling in some more investor money as it prepares to cast out further in the Mid-Atlantic.

Outdoor Access, an Airbnb-like online platform that links private landowners with outdoors enthusiasts looking for temporary land rentals for hunting, fishing, camping and hiking, is raising a new capital round of $2 million.

The company, launched last September by Jamie Christensen, Buck Robinson and Aaron Bumgarner, opened the equity raise in June, according to SEC documents. It has since gathered more than $1 million toward that goal, said co-founder, president and chief technology officer Jamie Christensen, and expects to wrap up the process by the end of September.

This is the second time Outdoor Access has received funding, after raising $750,000 in debt and equity to get the company going last year.

The new funds will be used in part to upgrade the startup’s technology and bandwidth, but co-founder and chief marketing officer Buck Robinson said most will go toward marketing, particularly as the company expands out of state for the first time.

It recently launched in North Carolina after spending its first year operating in Virginia. Fayetteville, Raleigh, and Greensboro/Winston-Salem are among the first North Carolina markets it is targeting.

“Instead of trying to boil the ocean, we’re trying to do more in each state we’re in,” Robinson said. He added that the company doesn’t want to grow too fast and wind up with an imbalance of landowners and users. 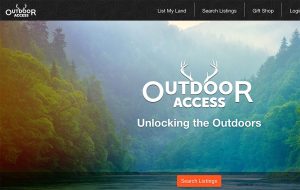 The online platform has 800 members and 173 property listings.

“Our main thing is balance … (Through marketing), we know how to control the supply and demand,” Robinson said.

Given the differences in its clientele, Robinson said, the firm applies different marketing techniques for landowners and renters.

“For our suppliers, it’s not just about money, it’s about passing on a legacy (of outdoors activity),” he said. “They want to show (renters) every blade of grass they have.”

In attracting users, Robinson said, the company found success appealing to urban transplants who want to get outdoors in new locales.

In the fall, Outdoor Access will debut an Android and iOS app. Mobelux, which recently debuted its new home in the former Saunders Station Post Office, is handling the initial app buildout.

Based in Shockoe Bottom with a team of eight employees, Outdoor Access started as a way for hunters to organize trips to stave off an excessive deer population, and quickly transitioned to what it is today.

Its current property listings range from 1 acre to hundreds, most of which are privately owned estates, ponds, farmland and forestry.

Outdoor Access earns its money on memberships for users – $100 annually or $10 monthly – listing fees for owners and booking fees. It also has an online retail store selling gear and apparel.

Great to see these guys moving right along. Did BizSense find out who’s investing?