The Richmond region is home to 30 of the fastest-growing companies in the nation.

That’s according to Inc. Magazine’s latest Inc. 5000 list, an annual ranking of privately held companies’ performance based on revenue growth over three years.

Innsbrook-based real estate firm Capital Square 1031 was the top-ranked local firm, landing at 485 thanks to a three-year growth rate of 924 percent.

Mobile software maker Shockoe, which is moving its office to Scott’s Addition, followed Capital Square at 499 on the list, posting an 890 percent growth rate.

This year marks both Shockoe and Capital Square’s debut on the Inc. list, though both previously have appeared on BizSense’s RVA 25 list of the fastest-growing companies in Richmond.

Five other local companies made the Inc. list for the first time this year.

Estes Forwarding Worldwide, a transport and logistics company, posted the highest total 2016 revenue among the Richmond bunch with $142.5 million. CapTech had the second-highest at $125.8 million, and appeared on the list for the 11th time.

Twenty of the 30 local companies on the list are making a back-to-back appearance. Among them are engineering firm Timmons Group and computer repair and retail shop CapitolMac.

Timmons CEO Brian Bortell attributes a strategic shift at the company in helping it land on the list two years in a row.

“For us it was two main things: geographic expansion and expansion of services,” Bortell said.

Timmons has made a streak of acquisitions over the last few years, most recently snagging Maryland firm Vogel Engineering. 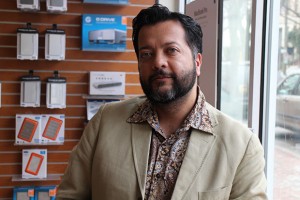 President Dheeraj Vasishta said he’s trying to be humble about the accolades, partly because the company came from a weak position in 2012 and 2013.

“(Starting in 2014) I think we’d kind of addressed some challenges we’d had, from trouble with inventory to making our marketing better,” Vasishta said.

“It was almost a way of saying, ‘There’s only one way to go from here.’ I’m not trying to downplay it, but have some healthy modesty about it.”

Virginia is well-represented with 290 companies on this year’s Inc. list. DGC International, a Vienna-based government services company, topped the Commonwealth bunch at No. 20 overall with a growth rate of 11,000 percent.

Skillz, a mobile-game streaming company from Silicon Valley, took the top spot on this year’s list with a 50,000 percent growth rate.

Other companies on the list not based in Richmond but with a presence here include ThoughtLogic, a consulting firm that set up an office downtown last year. It ranked at No. 57 on the list with growth of 5,754 percent.