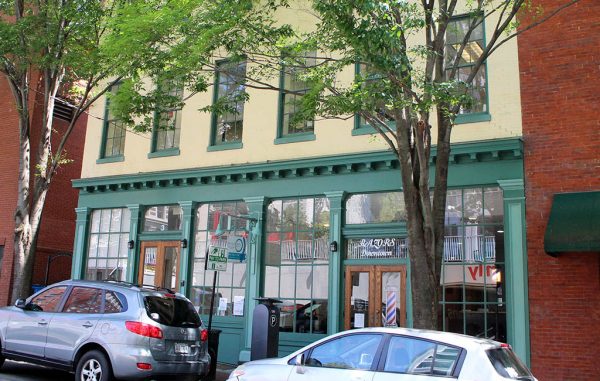 A 4-year-old Richmond startup has hit a milestone in its second swipe at raising capital.

Blueswipe, a payment processing company targeting small and midsize businesses, announced this week it closed on a $450,000 capital raise.

That mark was the required minimum in the company’s overall $800,000 fundraising effort. It has until Oct. 31 to raise the remaining amount, and CEO Tim Ryan said it’s on pace to do so. This is the company’s second fundraising round.

“When we first launched we had a small friends-and-family round and raised about $37,000,” said Ryan, who co-founded Blueswipe with Stephen Harler in 2013.

Blueswipe provides software to merchants that is compatible with several payment-processing hardware devices.

Comparable to Square Inc., another point-of-sale payment company, Blueswipe offers a wider range of transaction rates depending on business size, fewer monthly fees and data analysis to show the projected cost of using Blueswipe versus other services, Ryan said.

It charges between 1 and 1.7 percent of transactions, as well as a 30-cent transaction fee. Its subscriptions range from $38 to $128 per month, based on the equipment merchants use and other features needed, such as analytics and customer loyalty programs.

“We integrate the majority of point-of-sale systems,” Ryan said. “We’re hardware agnostic, we don’t pigeonhole (clients) into one device.”

Prior to Blueswipe, both Ryan and Harler were in the payment processing game. Harler worked in merchant services for BB&T about 10 years ago before starting Reliable Bankcard, another payment company. Ryan started his own contract processing company at age 21, a majority of which he sold off as he and Harler were starting Blueswipe.

Similar to its investors, many of the firm’s clients are local. Ryan said it is approaching 700 businesses using Blueswipe, most of which are in central Virginia.

Ryan said the company previously has grown by word of mouth, and is in talks to hire a chief marketing officer and chief technology officer. Blueswipe has a staff of 13, which he says it hopes to double by the end of 2018.

The latest round of capital was raised as convertible notes, all from local investors, something Ryan said wasn’t intentional, but convenient, considering it plans to be Richmond-based for the long term.

The company also received $20,000 with no strings attached from its participation in the fifth class of local startup accelerator Lighthouse Labs, which begins its three-month program Wednesday.

Blueswipe plans to use the funds to polish up technology, launch a marketing campaign and add staff.

Along with five other local startups, it will spend the next few months at Evatran’s headquarters in the HandCraft building at 3301 W. Moore St. in Scott’s Addition. Blueswipe’s headquarters are at 3 S. 12th St. downtown.