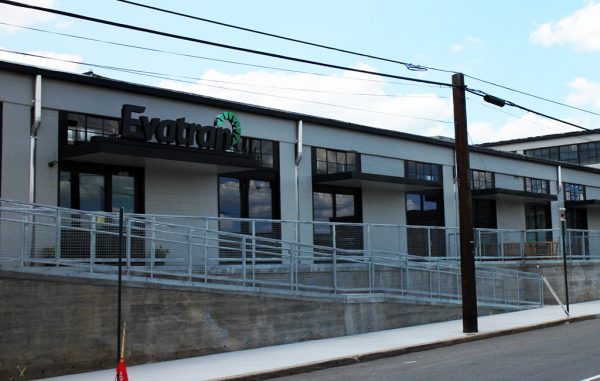 Evatran is based out of the HandCraft building in Scott’s Addition. (Mike Platania)

A batch of fledgling companies soon will be rooming with a more seasoned startup in Scott’s Addition.

Along with free office space, Lighthouse Labs provides participants with $20,000 in seed funding, business classes and mentorship. The nonprofit program announced its new round of six startups in July, on the heels of a large donation from Capital One.

Lighthouse sets up shop in a different location each year, usually taking advantage of donated space from local companies. In previous years it has hosted classes at VCU’s Innovate building and twice within the Richmond Times-Dispatch building. This is the first time it’s ventured into Scott’s Addition.

“We’re kind of unique because we pop in and pop out so often,” program manager Joanna Pheil said. “(Evatran) said they had the space available, and we thought it would be a great fit since they’re a startup, just at a later stage.” 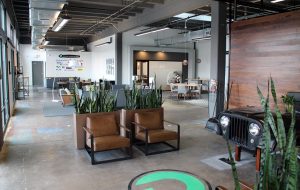 Founded in 2009, Evatran produces wireless charging stations for electric cars. About half of its nearly 20,000-square-foot space on Moore Street is a production facility and testing garage, with offices filling the other half. The company has roughly 30 employees.

Lighthouse has a short-term deal for about 1,800 square feet at Evatran, which leases its space from the owners of the redeveloped HandCraft building. Evatran CEO and co-founder Rebecca Hough joined the nonprofit’s board last year.

Pheil said flexibility and location were priorities while scouting a spot for its class, and the open layout of Evatran’s space should allow for shoulder-rubbing.

“I think there’ll be some natural collisions that take place between our cohort and Evatran,” Pheil said. “Working startups alongside each other can inject some energy and fresh ideas.”

In addition to three months at Evatran, Lighthouse also provides startups with three more months of space after the incubation program. That phase of the program will be housed either at The Annex, a coworking space at 27 N. 17th St., or at Startup Virginia’s new building at 1717 E. Cary St. in Shockoe Bottom, which is owned by Capital One and undergoing renovations.