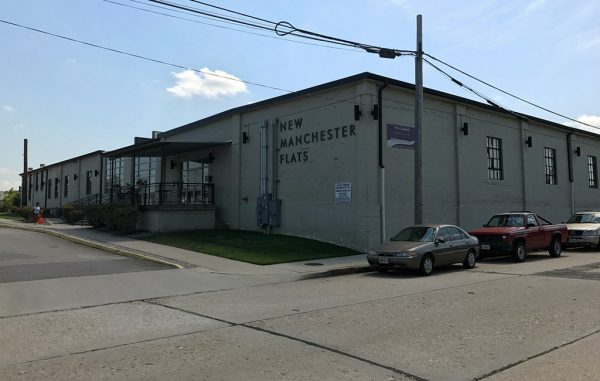 A local developer is moving ahead with a new phase in its redevelopment of the former Southern Stove Works factory in Manchester.

Vice president John Gregory said the expansion of the project, which began in 2009, is estimated to cost $14.4 million. That includes $6.42 million in low income tax credits from the Virginia Housing Development Authority.

“It’s a phase we’ve been planning for a while,” Gregory said. “New Manchester Flats is a true mixed-use, mixed-income project. There’s a wide range of uses … and there’s a wide mix of people of different incomes, different ages, different backgrounds.”

The new phase marks the seventh expansion of the 200,000-square-foot facility on the eastern edge of Manchester.

Its existing sections include a mixed-income residential development with 128 market-rate units and 41 low-income units, a mix of 48 artist studios and a 20,000-square-foot assisted living facility.

“We’ve decided that, for every two market-rate apartments we develop, we’re going to build at least one affordable housing unit,” Gregory said. “And they’ll be the same quality as the market-rate units. We’ve done that so far, and we’re committing to sticking to it.”

Fountainhead has invested more than $35 million into the property, he said.

In order to receive the federal low income tax credits for the project, Fountainhead agrees to maintain rent at below-market, income-based levels for 30 years. Gregory said the VHDA will issue tax credits as collateral to help finance the project. Those credits are typically sold to corporate interests that use them to offset tax bills.

The developers hope to begin the next wave in January 2018 and have the units ready for residents by April 2019. It will bring the total unit count in the former industrial site to 273.

Plans call for the construction of a four-story building with one- and two-bedroom units, Gregory said, with eight units set aside for residents with disabilities. 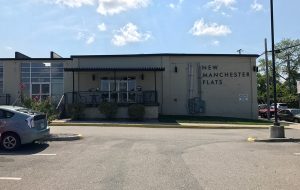 The facility has more than 200 apartments and an assisted living facility. (Kieran McQuilkin)

Rents for this next phase of New Manchester Flats are set at $750 for a one-bedroom and $880 for a two-bedroom, Gregory said. The units for disabled residents range from $460 t0 $530 per month, respectively.

Richmond-based Walter Parks Architects is handling the design, and a general contractor has yet to be selected.

The newest phase adds to Fountainhead’s growing influence in Manchester.

The company has constructed more than 400 units in the neighborhood since 2009, mostly at New Manchester Flats and its Miller Lofts at Plant Zero, a mixed-use development at 500 Stockton St.

It also owns Clopton Site Works, a 38-acre site bounded by Maury, Clopton, Decatur and East 22nd streets that features 850,000 square feet of warehouse space that was once owned by Phillip Morris.

The company also controls more than 14 acres of additional developable land around the neighborhood, including nearly 10 acres by the Maury Street interchange with Interstate 95 and 4 acres fronting Hull Street.

While no plans for that additional acreage have been announced, Gregory said keeping a balance of market-rate and low-income units in Manchester is paramount to the neighborhood’s success.

“Despite all the construction cranes going up around Richmond, we are experiencing the same affordable housing crisis here,” he said. “Manchester has hundreds and hundreds of multifamily units under development – almost all high-end luxury apartments designed for young professionals. That’s incredible news … but as a neighborhood we need to renew our commitment to being a diverse mixed-income community.”

Among Manchester’s other apartment projects are Robin Miller and Dan Gecker’s 2-acre, 78-unit Manchester Green that will encompass a city block bounded by Bainbridge, Porter, 12th and 13th streets.

A few blocks over at 505 Porter St., cranes are up for Guy Blundon and Mark Purcell’s 10-story, $40 million Reynolds South apartment tower that will add 213 one- and two-bedroom apartments to the neighborhood.

Thalhimer Realty Partners is readying other components of City View Landing, including 37,000 square feet of retail space on 2.8 acres between Bainbridge and Hull streets. The section will include 135 apartments above the retail, most of which will front Hull Street.

Councilwoman Ellen Robertson, whose District 6 includes Manchester, echoed Gregory’s take, adding that the need for affordable housing is growing collectively across the city.

“I would like for the city to adopt a policy that makes including affordable housing as it relates to planning,” she said.

Robertson said Manchester is poised for growth, but added future growth of the neighborhood should reflect the diversity of people and incomes in the immediate area.

“Manchester has stimulated the growth of Richmond for the past 10 years,” Robertson said. “That’s not going to change … but we must take into account how that growth will impact everyone, and it’s a benefit to make Manchester a place of opportunity for all that reside there.”