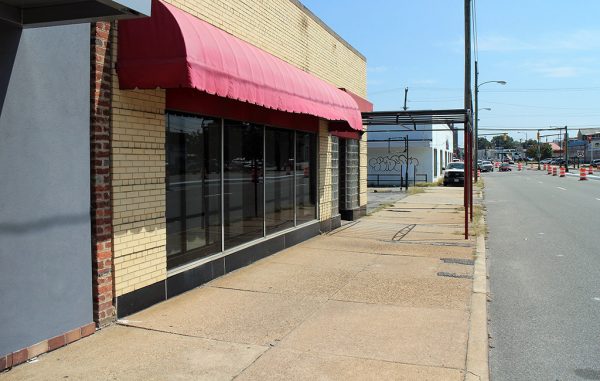 After nearly 20 years in the Richmond food scene, a local chef is preparing to step out on his own in Scott’s Addition.

Ledesma, who has worked at Max’s on Broad, Richmond Restaurant Group and currently as executive chef at Kabana Rooftop downtown, said he’s still working out details for the venture, including a name and menu.

“I have about 12 (names) out for legal review,” he said. “Once we settle on a name, it will pretty much decide the menu concept for the restaurant.”

Joy Garden closed last summer after owners Mark and Bang Sin didn’t want to pay rising rents in the booming neighborhood and were looking to retire.

The property was purchased in 2015 by a group made up of Birck Turnbull of Cushman & Wakefield | Thalhimer and Charles Bice of KB Building Service.

Ledesma leased the space with help from broker Annie O’Connor of Colliers International.

The chef said he plans to invest about $1.2 million into the space and is targeting a winter 2018 opening, pending city and ABC approvals. He has yet to retain a general contractor or architect for the overhaul. 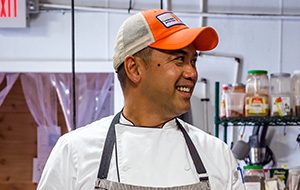 “This is a large project, and I feel very lucky to have secured the space,” Ledesma said. “I want what goes into the space to reflect what is happening in the neighborhood.”

An ode to his journey from Hawaii to Virginia, Ledesma plans to bring American cuisine and traditional Filipino dishes to the Scott’s Addition eatery, ranging from lumpia spring rolls to pork barbecue.

A Baltimore native and the son of Filipino immigrants, Ledesma worked his way into the Richmond dining scene after leaving a job as a financial consultant in Hawaii. He later enrolled in culinary school, where he graduated at the top of his class.

He returned to the East Coast and worked in kitchens, including a stint as sous chef for “Iron Chef” contestant Roy Yamaguchi, in various capacities throughout West Virginia and Maryland.

Once in Richmond, Ledesma said, he honed his skills by opening Hard Shell’s second location in Midlothian in 2011. About two years later, he was retained by the late Ted Santarella to open the Belgian-inspired Max’s on Broad in Jackson Ward.

“I feel really good about this next step in my career,” Ledesma said. “This is an exciting time for me, and for Scott’s Addition, and I’m glad to be bringing something different to a neighborhood that has so much going for itself.”

Scott’s Addition is on a roll when it comes to landing new restaurants.

Brenner Pass, run by the owners of Church Hill’s Metzger Bar and Butchery, opened in June in the redeveloped Symbol Mattress factory. Chairlift, the coffee shop and bakery connected to Brenner Pass, is also open.

And HofGarden, a German-style restaurant and beer garden, is now open in the Hofheimer Building at 2818 W. Broad St.

The ownership group of the Joy Garden building also owns neighboring 2900 W. Broad St., where it is working with Comfort and Pasture co-owners Jason Alley and Michele Jones, along with Saison owner Jay Bayer, to open Bingo – combining a bar, arcade, restaurant and brewery under one roof.