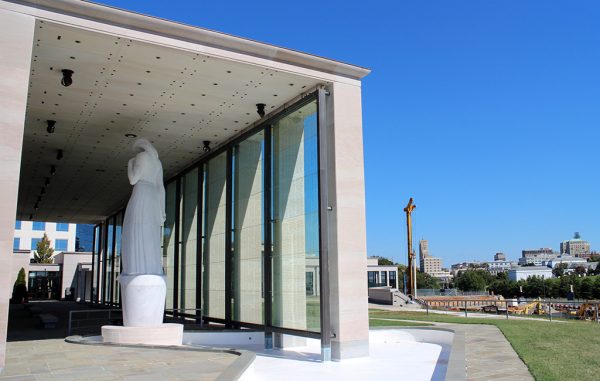 With a $25 million addition to the American Civil War Museum underway nearby, a comparably priced expansion to the Virginia War Memorial is helping reshape the downtown riverfront.

The memorial at 721 S. Belvidere St. has broken ground on a $26 million expansion project that will add 26,500 square feet in educational facilities, administrative office space and a lecture hall, a second shrine and a parking deck with roughly 170 spaces.

The new shrine, on the memorial’s eastern side, will honor veterans from the Global War on Terror, said memorial director Clay Mountcastle.

“The current shrine is full with names of veterans from World War II through the Persian Gulf wars. (The second shrine) was the main driving force behind the expansion project,” Mountcastle said.

The parking deck will more than triple the memorial’s parking capacity, with two underground levels and a third above ground.

KBS is the contractor on the expansion, which SMBW Architects designed.

The state is providing most of project’s funding. The nonprofit Virginia War Memorial Foundation has a capital campaign to pitch in 10 percent of the funding needed.

The expansion is set to finish in late spring or early summer 2019. Until then, Mountcastle said, the memorial will operate as usual, with traffic patterns unaffected.

The expansion broke ground around the same time as the addition to the American Civil War Museum, which is building its facility at Historic Tredegar down the hill. 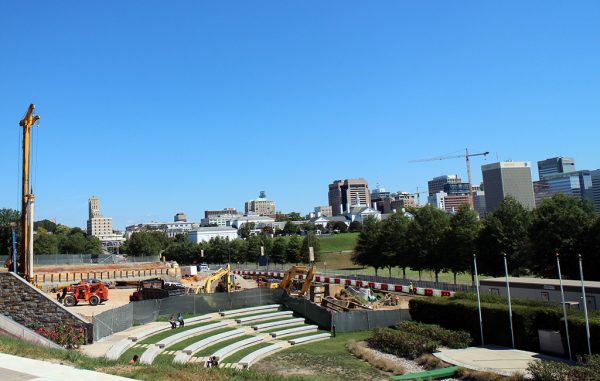 The memorial will add office space, a lecture hall, a second shrine and a parking deck. (Mike Platania)

The above comment about traffic not being impacted by the expansion is false. Because of the construction, designated bike lanes on both sides of South 2nd Street are now closed.