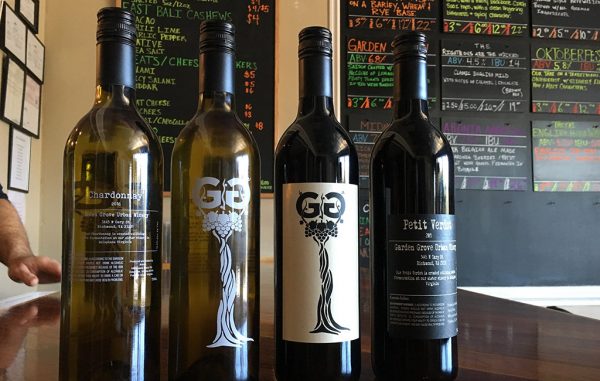 A Carytown brewery has rebranded as it prepares to pour a different kind of fermented drink.

“I’d always put wine touches and techniques in our beers,” said co-owner, head brewer and winemaker Mike Brandt. Prior to opening Garden Grove three years ago with Ryan Mitchell, Brandt had been a winemaker and viticulturist at Virginia wineries.

Garden Grove is debuting a chardonnay and petit verdot this weekend, which will be sold by the glass.

Brandt said he’s always aimed to brew unique beers, and is applying the same approach to the company’s wines. He plans to roll out a carbonated honey wine, a mead/saki hybrid and a pyment – a rosé-style drink that’s a mix of mead and wine. 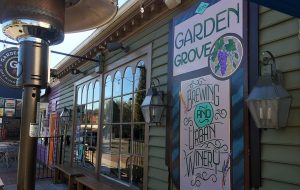 A Malbec and Tannat wine may be in its future plans, though Brandt said that’ll depend on the grapes it can grow. Last summer, Garden Grove leased a half-acre in Fauquier County, Virginia, from Arterra Wines to grow its grapes.

Mitchell and Brandt said they weren’t keen on selling wine by the bottle for fear of running out too quickly, though they hope to do so in the future. The brewery does not distribute its beer, though it occasionally produces limited-release bottled beers.

Its new logo and front signage were designed by Ross Trimmer of Sure Hand Signs, whose work has popped up at local bakeries, salons, tattoo parlors and oddities shops.

While Garden Grove is the Richmond region’s first urban winery, about 30 miles east of the city, a new farm winery is in the works. State Del. Chris Peace is preparing to open White Plains Farm & Vineyard in Hanover County.