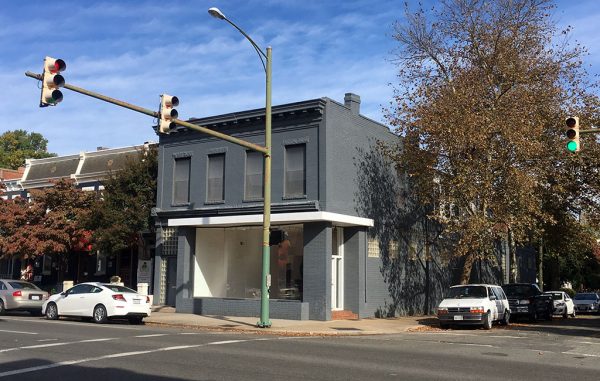 A fitness studio born in Hooville is sprinting down Interstate 64 to Richmond.

Tread Happy, a running-centric fitness studio from Charlottesville, is set to open its second location at 2300 W. Main St. in the Fan.

The company offers running classes and custom training. While the treadmill is its chief piece of equipment, the gym’s classes also feature elements of Pilates, high-intensity interval training and weight-training, as well as outdoor group runs.

Co-owners Sara Currier and Claire Mitchell said in a previous conversation with BizSense that they’d taken a historic Charlottesville building and gave it new life, and wanted to do the same in Richmond in lieu of a mall or shopping center.

“We’re locally developed in Charlottesville. In keeping with the community, we wanted to keep the local feel, and Richmond was the next step all along,” Mitchell said.

For its local gym, Tread Happy leased 3,000 square feet on the ground floor of the 97-year-old building, which has apartment units upstairs. S.L. Nusbaum’s Elliot Warsof and Nathan Shor worked the deal. The space previously was occupied by YY Salon, which moved in 2016 to 5430 Patterson Ave.

Classes at the company’s Charlottesville location start at $22, with packages and membership options available, and its coaching programs range from $45 to $125 monthly. Mitchell said previously they hold 30 to 35 classes per week in Charlottesville, lasting 45 minutes to an hour.

Tread Happy is aiming for a January 2018 opening in Richmond, and its Charlottesville location, which opened in early 2016, remains operational.

New fitness studios and eateries have been finding homes at the corner of West Main Street and South Addison and Strawberry streets in recent months.

Niche Fit Studio opened at 2309 W. Main St. in the spring, while restaurants Mean Bird and Pik Nik have opened in the former Stick To Go Go and Fan Noodle Bar buildings, respectively.