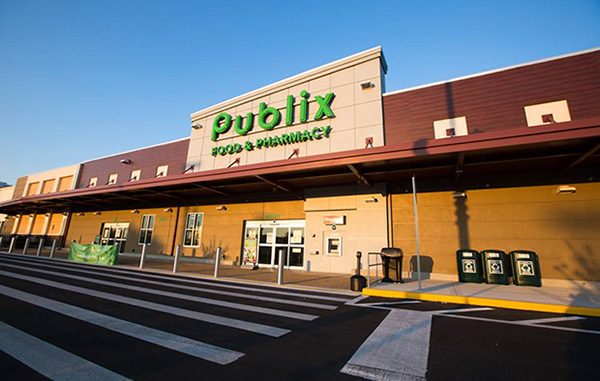 As it continues its initial wave of stores around the region, grocery chain Publix has grabbed a chunk of land in the suburbs for another new location.

The grocer last week closed on the $1.9 million purchase of three plots totaling 6 acres near the intersection of Hull Street Road and Otterdale Road in Chesterfield County.

The site will house a 50,000-square-foot store, Publix announced last week, to be built along with an additional 17,700 square feet of retail space in a new development headed by Harris Development Partners.

Dubbed Publix at Cosby Village, the new store will be the company’s second in Chesterfield County. It’s first at Harbour Pointe Village Shopping Center is set to open Nov. 4. Publix did not say when the Cosby Village store might open.

The Florida-based chain entered the Richmond market last year with a deal to take over a swath of Martin’s stores that were ordered to be sold off as a result of the merger between Ahold and Delhaize Group. The last Martin’s’ stores in the Richmond region closed in August.

To date, Publix has opened six stores locally, with two planned to open this week – at Harbour Pointe and in the Colonial Square Shopping Center in Colonial Heights.

Another new-to-market grocer dropped a similar amount on land in Chesterfield earlier this year. In June, Lidl paid $1.73 million for 7.5 acres at 6030 Iron Bridge Road. The German grocer has not announced any further plans for the land.

As I understand it that six acres between Cosby and Hull will be occupied by out parcels. PUblix will be north of Cosby Road on Land owned by MainStreet Homes as part of their planned 70 acre village. It’ll all connect to Greenwich Walk, the last section of Fox Creek being developed by TerraForge. It’s a great location for the next Publix Store.

As I uderstand it, that six acres fronting Hull will be occupied by out parcels. PUblix will rest on the 70 acre site owned by Windswept Development a division of Main Street Homes. Behind their village like setting is Greenwich Walk that last section of FoxCreek by TerraForge. All in all, a terrific new addition to the Hull Street corridor.

It will actually be across Village Square Parkway from Greenwich Walk (the road with no name in the photo). That road will ultimately connect Otterdale with the high school.

It seems odd that this will be the second Publix along the Hull Street corridor yet I don’t know if there are any plans to reoccupy either of the old Martins such as the newest facility recently built at Charter Colony, or for Publix to build new locations along Midlothian Turnpike. I’d love to hear differently.

Stephan, It may have to with ownership. Publix wants to own, rather than lease space. I’ve heard they are looking on the Midlothian corridor for a site to build.

I agree with you about ownership Bruce. When Martins vacated Sycamore Square in Midlothian to move to the new Charter Colony location I understand they still had a remaining lease at Sycamore so they controlled the possibility of which tenants could occupy that old space. County records only show “LLC” ownership so it’s hard to know if the Charter Colony or the old Martins across from Chesterfield Mall are in the same boat as Sycamore where Publix would be a leasee. To see these commercial spaces go unoccupied and instead have greenfield sites developed to suit a new Publix would… Read more »