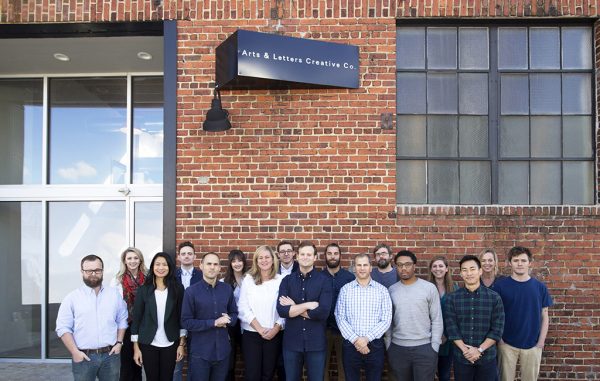 A collection of VCU Brandcenter alums and two Martin Agency vets have come together to start a new Richmond-based ad agency, with one of the world’s tech giants signed on as its initial client.

The 17-person agency has set up in Scott’s Addition, where it is leasing an 8,000-square-foot space at 1805 Highpoint Ave., which its previous occupant, software design and development firm INM United, vacated when it was acquired by PR firm Padilla.

Joining Hodges at Arts & Letters are a number of fellow Wieden+Kennedy vets, including Rich Weinstein and Letitia Jacobs, most recently executives with The Martin Agency. Rounding out the leadership team is Katie Hoak, who worked with Hodges and Weinstein at Wieden+Kennedy in New York, and Ian Fairbrother and Andy Grayson, who were at Wieden+Kennedy’s Portland office.

The agency’s staff includes 10 Brandcenter grads, with Hodges, Fairbrother and Grayson among them. Hodges, 33, said he selected Richmond due in large part to the school that produced much of his staff.

“We owe a lot to that place,” Hodges said Wednesday. “It has a rich tradition of creating world-class thinkers and problem solvers, and that had a lot to do with our decision to start it in Richmond.”

Hodges said Arts & Letters will take an approach to advertising and communications that he likens to prototyping approaches used at tech companies.

Rather than focusing on the message or specific medium to convey it, Arts & Letters will focus on the problem a client faces, with lots of trial and error, he said. 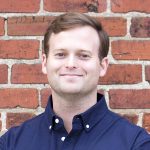 Hodges would not specify what services it is providing to Google, currently its sole client. He said the agency – its name a reference to studying the humanities in higher education – will be open to adding clients over time but is committing to Google for now.

“We’re extremely focused on our flagship client at the moment,” he said.

A Charlotte native, Hodges enrolled in the Brandcenter’s copywriting track after attending undergrad at UNC-Chapel Hill. While his career has taken him to New York and L.A., working for clients such as Nike, ESPN and Apple, he said Richmond’s creative community and recent economic resurgence made it an appealing location to start his own shop.

“I believe that Richmond is in the first inning of a professional and cultural renaissance, particularly in the technology and creative industries,” he said. “It’s an amazing place to live and work. It’s not a major market, but it has major-market culture and major-market talent.”

Hodges said he used his own capital to get the agency off the ground. He did not disclose a startup cost.

While he said he isn’t aiming for Arts & Letters to grow to any particular size, Hodges said he expects to add more employees over time. He said the scope of its services would likewise evolve.

“I think the general belief is that the big idea is very much alive, but it may not take 500 people to bring it to life anymore. That being said, we’re having a lot of conversations with a lot of people and are expecting more additions very soon.”

The Pitch: Advertising and marketing news for 11.14.17 - Richmond BizSense