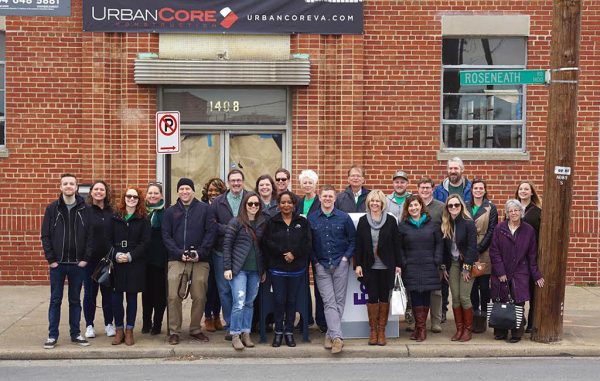 After 24 years in Boulders Office Park, advertising firm Barber Martin Agency is moving its office to 1408 Roseneath Road, filling 10,000 square feet of a 25,000-square-foot building at the corner of Roseneath and Leigh Street.

The move marks a new chapter for the veteran agency, which currently occupies 11,000 square feet in the Southside office park that CEO Robyn Zacharias described as cavernous and inefficient. While the Scott’s Addition space is technically smaller, Zacharias said its open floorplan will improve collaboration while making room for 20 more employees, which the 30-person agency plans to hire in coming years.

“After 24 years of being divided, this allows us to come together as one agency and actually collaborate in a true sense,” Zacharias said.

“To me, Scott’s Addition is the epitome of a renewed energy and revitalization and new life coming to a historic area, and that’s Barber Martin,” she said. “We are essentially a 30-year-old agency, and we’re taking the essence and the core of who we are and what we do well and embracing this change with energy, new talent and youth.” 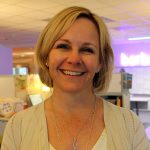 The agency signed a seven-year lease for the space, which is being converted from industrial to office space by property owner High Summit Holdings, a company controlled by Birck Turnbull of Cushman & Wakefield | Thalhimer and Charles Bice of KB Building Services, along with the development arm of UrbanCore Construction.

The space is being designed by architecture firm Baskervill.

Joining Barber Martin in the 25,000-square-foot building are product and packaging company Stephen Gould Corp., which is moving from Innsbrook, and environmental company RES, which is consolidating local offices after acquiring engineering firm Angler Environmental.

Stephen Gould is filling about 6,200 square feet, upsizing from its 4,100-square-foot space in Innsbrook. Managing partner Michael Falcone said the move will accommodate about 15 employees, an expanded design center and support services. The company worked with JLL to find its new space.

RES worked with Christina Jeffries of 7 Hills Advisors. She said the company will fill about 8,700 square feet in the building at 3407 W. Leigh St., consolidating RES’s current office on West Main Street with Angler Environmental’s location on Westerre Parkway near Innsbrook.

Barber Martin worked with JLL’s Charlie Polk and Scott Harrison. Zacharias said it considered other spaces in Scott’s Addition, such as the under-construction development at the former Symbol Mattress Co. site. 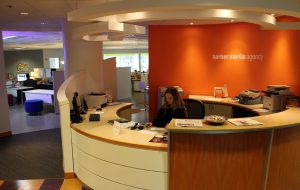 The firm will add signage to the building’s brick façade, which otherwise will remain unchanged, Zacharias said. The interior will be designed with a central gathering space for staff and clients to meet.

“It’s easy access. Also, I think our clients will visit us more. It’s a place that’ll invite guests,” she said. “It makes us much more a part of the community, and part of the creative community in Richmond, whereas we’ve been a little on the outskirts here in Southside.”

Zacharias, who purchased the agency from its namesake founders in 2014, also expects the new location to revitalize her staff, building on momentum she said has increased with last year’s addition of Deb Hagan as chief creative officer.

Hagan led the agency’s recent “Do It” campaign for Adolf Jewelers, one of the agency’s longest-running clients. Other clients include Virginia Lottery, Bassett Furniture, Southern States, Kato Fashions and the Virginia Foundation for Healthy Youth, and the agency recently picked up Reservoir Distillery, likewise located in Scott’s Addition.

Zacharias said the firm aims to move into the building in early October. Stephen Gould plans to open around the same time, while RES is aiming to occupy its space by June.

Barber Martin joins a growing creative community in Scott’s Addition. Fellow ad agency ndp is in the process of moving its Cary Street headquarters to a building at 2912 W. Leigh St. The area is also home to Studio Center, 903 Creative and Park Group, which recently moved its studio from Shockoe Bottom to the Boulevard.

There seems to be no slowing down the comversion of Scotts Addition from an industrial use to a vibrant residential retail and office use. Isn’t it time for the city to revisit the plans for its 30 + acres on the east side of The Boulevard?

Will Willis
Reply to  Bruce Milam

Bruce, I could not agree more with you. Use this momentum to move beyond the historical Scott’s Addition boundaries. I think the big wait and see item for the east side is what VCU, Flying Squirrels, and the City are going to do with the Diamond and old ABC warehouse. I do think there is a huge possibility once BRT is up and running and the Diamond is moved that anything within the boards of Broad St, Hermitage Road, I-64 and I-195 can use Scott’s Addition growth as a catalyst to create a renaissance in this area. So much potential… Read more »

Scott’s Addition: the land that trees forgot. it has all the charm of a loading dock…

Will Willis
Reply to  Bryan Brodie

You are right there is a lack of green space and trees in Scott’s addition. Hince the reason the Scott’s Addition Boulevard Association has the Tree Canopy Campaign with the goal of planting over 300 trees in and around Scott’s Addition if you are looking to help remedy this problem you can become a Tree Steward or donate at http://www.scottsaddition.com/projects . As well as with the Symbols Development there has been talks of creating more green space where they can and running trails.

Bert Hapablap
Reply to  Will Willis

Yeah it really needs open green spaces, otherwise it just looks like a bunch of people living in an industrial park. SMH

Congratulations BMA! I am thrilled that such an amazing & talented group of people will now be a part of a thriving and upcoming area like Scott’s Addition.

Thanks for mentioning us in the Barbara Martin moevement to Scotts Addition. As we will be filling the back of that building at 6,300 square feet can you let me know if you will please cover our story and myself? Michael Falcone

Stephen Gould is filling about 6,200 square feet, upsizing from its 4,100-square-foot space in Innsbrook. Managing partner Michael Falcone said the move will accommodate about 15 employees, an expanded design center and support services. The company worked with JLL to find its new space.