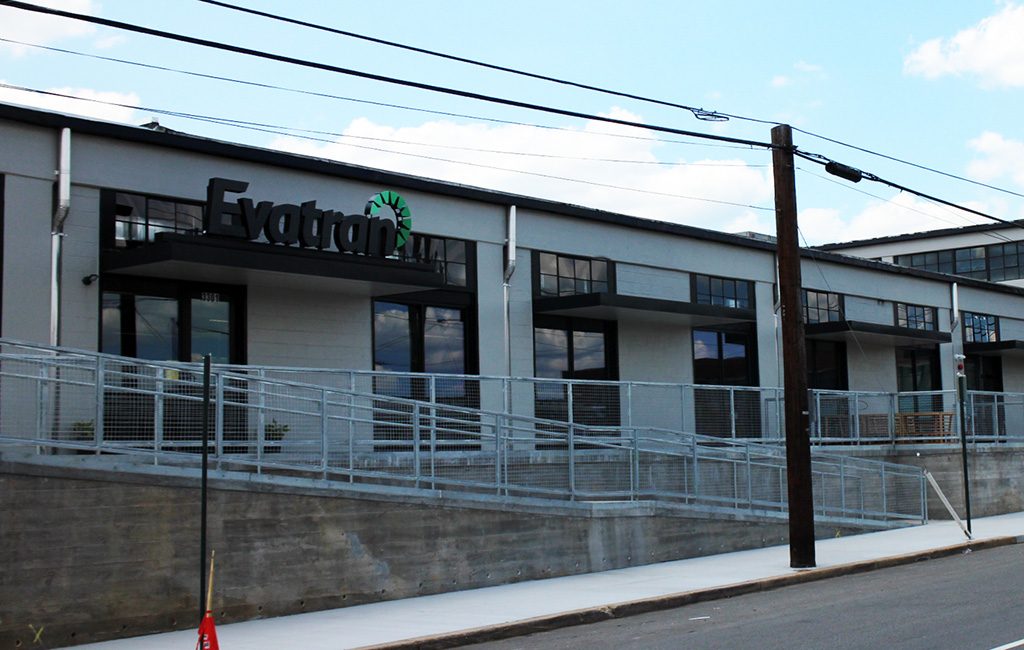 Evatran is based out of the HandCraft building in Scott’s Addition. (Mike Platania)

Barely a year after moving into a new headquarters in Scott’s Addition, a Richmond startup that lured millions of dollars in capital with its wireless chargers for electric cars is set to be controlled by Chinese investors.

Evatran, founded in 2009 by father-daughter Thomas and Rebecca Hough, has a deal in the works to be 100 percent owned by Zhejiang VIE Science & Technology Co. Ltd, a China-based auto parts manufacturer.

VIE, which is publicly traded in China, previously invested in Evatran in two fundraising rounds totaling $3.2 million – a 16 percent stake. Now it is looking to buy the remaining 84 percent of the company for $10.5 million, according to a filing made last month in China and reported by Reuters.

Rebecca Hough, Evatran’s CEO, said in an email Tuesday she could not comment on the deal.

The filing says VIE will acquire all of Evatran’s assets, including patents and trademarks. It values the firm at $12.5 million, which Hough confirmed to be accurate. Evatran has raised more than $7 million in capital since its founding.

The deal, targeted for a Jan. 31 closure, needs approval from the Committee on Foreign Investment in the U.S., a federal agency that reviews deals putting U.S. businesses in control of foreign entities.

It’s unclear what the deal means for Evatran’s remaining employees, many of whom work in its recently opened 20,000-square-foot headquarters and manufacturing facility in the redeveloped Handcraft building. The company had about 30 employees as of August, though Hough would not comment on its current headcount or her role going forward.

She said the company will not have a final announcement on ongoing employment plans until early January.

It’s also unclear what the deal means for Evatran investors.

The VIE filing breaks down stakes of ownership in Evatran that will be sold to VIE, which include Thomas Hough & Holdings’ 49 percent and local venture capital firm NRV’s 16 percent.

NRV could not be reached for comment on the VIE deal. NRV’s Bob Mooney has been chairman of the startup’s board of directors.