Publix purchased the former Martin’s location at 4660 Monticello Ave. in Williamsburg, which will be converted into the first Publix in southeastern Virginia.

The American Heart Association recognized Bon Secours, the University of Richmond, the City of Richmond and Collegiate School at its 2017 Richmond Workplace Wellness Symposium. 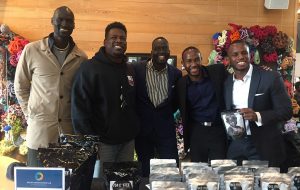 The VCU Brandcenter opened its first pop-up shop to benefit the school’s annual fund. The online shop features art, products and other items from more than 40 Brandcenter alums, faculty and staff.

All proceeds will go to the fund, which supports student scholarships, capital improvements, new equipment and other initiatives.

Manyang Reath Kher, a University of Richmond alum and former “Lost Boy of Sudan”, gave a speech at The Steward School on social entrepreneurship and food innovation. Manyang has founded both the Human Helping Sudan Project and 734 Coffee.

Co+Lab was recognized by the Initiative for a Competitive Inner City as one of the fastest-growing inner city businesses in the United States. ICIC’s list publishes annually in Fortune magazine.

Dominion Youth Services was awarded a Commission on Accreditation of Rehabilitation Facilities for a number of its programs.

Bon Secours’ St. Francis Medical Center and St. Mary’s Hospital have been selected as a Top General Hospital for 2017 by The Leapfrog Group, an independent hospital watchdog organization. 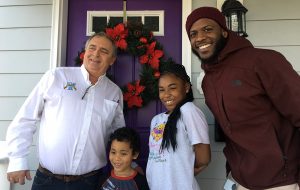 Richmond Ballet received at $300,000 challenge grant from The Cabell Foundation. The money will go towards the renovation of Richmond Ballet’s building at 407 E. Canal St.

Kroger Mid-Atlantic worked with FeedMore to cover the cost of a Thanksgiving meal for nearly 900 seniors throughout the Richmond region.

The Joyner Foundation donated $3,000 to Greenfield Elementary School in North Chesterfield. The money will support a new Sensory Room which will help students with learning difficulties.