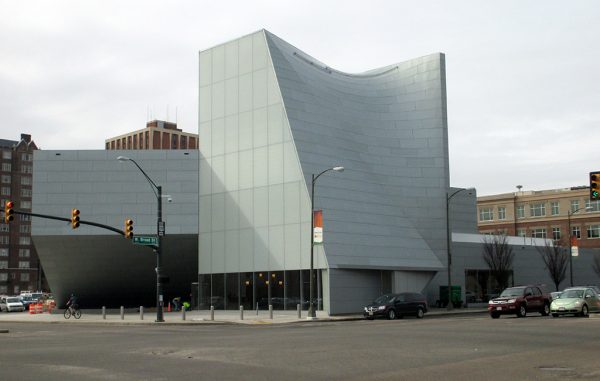 The ICA is nearing completion at Belvidere and Broad streets. (Jonathan Spiers)

VCU announced Thursday that Lisa Freiman, the ICA’s inaugural director since 2013, had stepped down from the position effective immediately.

Freiman remains a tenured professor with the VCU School of Arts and will return to the classroom after completing a study on artist Claes Oldenburg, according to the announcement.

An interim director is to be named in the near future, followed by a national search for the ICA’s next director over the next several months.

Attempts to reach Freiman for comment were unsuccessful. An automatic reply on her VCU email account stated she is no longer director and is turning her attention to the Oldenburg study, which she described as “a major publication project” that she plans to complete over the course of this year. The message says she plans to return to teaching in 2019.

Thursday’s announcement included a statement from Freiman, who said the time is right for her to pursue other interests.

“With the completion of the capital campaign last fall, the launch of the endowment campaign and a dynamic roster of exhibitions and programs in place for the opening and beyond, I would like to turn my attention to some projects that I had to put on hold,” Freiman is quoted as saying. “Now that we have built out our curatorial and administrative staff, I am confident the ICA is in good hands.” 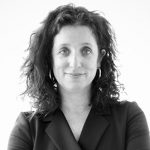 Asked if the resignation was anticipated or a surprise, VCU spokeswoman Pam Lepley referred to the announcement but noted Freiman’s departure comes about a month and a half after the ICA’s originally scheduled opening date. The opening was pushed back from late October last year to April 21 to accommodate a revised construction schedule.

Lepley said Freiman’s departure will not affect the ICA’s opening or general operations.

“With Lisa’s leadership, there’s good staff on hand, plans are well underway, the ICA will open on time,” Lepley said. “Everyone had expected, including Lisa, to open in October, so that’s where the timing on everything had been.

“She’s put everything in good shape so she can pursue her passion right now, and we’ll go on to a good opening in April,” Lepley said.

Previously a curator at the Indianapolis Museum of Art, Freiman was named ICA director in May 2013, assuming that role and joining the School of Arts as a professor that July. Construction on the ICA broke ground a year later.

Freiman’s departure adds to other staff changes since construction got underway. In September 2016, Stephanie Smith was appointed chief curator, replacing Lauren Ross, who had served as curator since 2014. The ICA currently has a staff of about 25.

Designed by New York-based Steven Holl Architects in collaboration with Richmond-based BCWH Architects, the $41 million project – formally called The Markel Center at the VCU Institute for Contemporary Art – is a modern-design, 43,000-square-foot structure at the crossroads of West Broad and Belvidere streets.

Once completed, the art institution will serve as a non-collecting museum and host exhibitions, performances and other programs. The building also will include a café operated by Ellwood Thompson’s Local Market.

Originally planned to cost $35 million, the project is being funded with a $37 million capital campaign. An endowment campaign to support the ICA going forward is underway, with about $500,000 raised toward a $12 million goal.

Gilbane Building Co. is the contractor on the project, which has involved demolition of nearby buildings by Chesterfield-based C.D. Hall Construction.

While VCU owns the bulk of that block, it does not own the former Sunoco gas station site at the corner of Belvidere and West Grace Street, where property owner and local businessman Steve Uphoff has said he plans to develop an 18-story tower that, as envisioned, would dwarf the adjacent ICA.

Since you mentioned it, what is the latest news on Steve Uphoff plans for the 18-story mixed use project he announced last year? You all should do a follow-up story on that project.

Uphoff will never get the zoning variance necessary to build the 18-story building.

The entire ICA program reeks of mismanagement. Do you have any idea how much building $41 million should buy? One could purchase a Richmond high rise with that kind of dough.

Each and every time I drive by that building it occurs to me that I have never seen an uglier design.
Knock it down please.
Or give Mr Uphoff a variance for 36 stories on 3 corners.

They really should have worked a little harder on the design. This isn’t even a Frank Gehry wanna-be, it really lacks grace. Have to wonder about the design process, and how involved Ms. Freiman was with it.