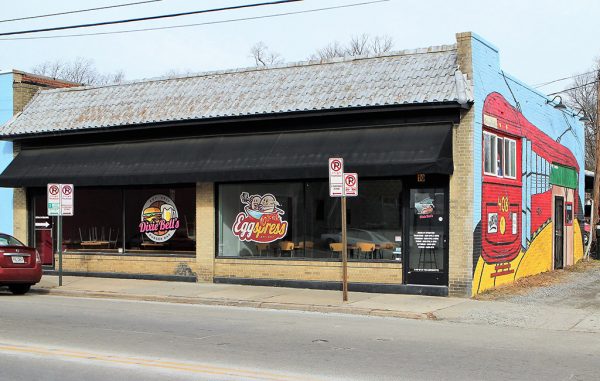 Correction/clarification: An earlier version of this story reported that Dixie Bell’s and Eggspress were run by sisters Kia and Kristen Player. Kristen is no longer involved in the business.

After changing gears from an initial plan to open in an old auto repair shop up the street, a first-time restaurateur is betting the third time will be a charm for a Brookland Park property that’s seen a steady stream of food concepts come and go in recent years.

Launched by Northisde native Kia Player, the restaurant originally was supposed to take over a former body shop at 400 W. Brookland Park Blvd. Player said longer-than-expected repairs prompted the duo to change their location and move into the turnkey facility. Player was initially working on the venture with her sister Kristen, who is now no longer involved.

“It just made sense to move here,” she said. “We needed to get open.”

Prior to taking over the space, the 1,800-square-foot restaurant originally opened in June 2015 as Streetcar Café, a coffee shop that later would serve as a rentable events and meetings space.

When that business was abandoned, Brad Barzoloski opened Luncheonette Northside in March 2017 – an American diner that served dishes ranging from chicken-and-waffle egg rolls to coffeecake pancakes. He closed the location, along with his original Shockoe Bottom Luncheonette at 104 N. 18th St., earlier this month.

Player’s two brands will share the space, with Dixie Bell serving burgers and brews in the evening and Eggspress catering to breakfast and brunch patrons.

As its name implies, Eggspress incorporates eggs into its menu, including an egg and cheese breakfast sandwich that includes tomato jam and pickled jalapeños on a Cupertino’s bagel. Other items include avocado toast, chicken and waffles, and shrimp and grits.

The restaurants also serve craft beers from local breweries such as Hardywood, Legend and Strangeways.

Both Dixie Bell’s and Eggspress’ menus are available for online delivery, as well as for dine-in and carryout.

is this actually still open. Drove by this week and the place look like it was closed.