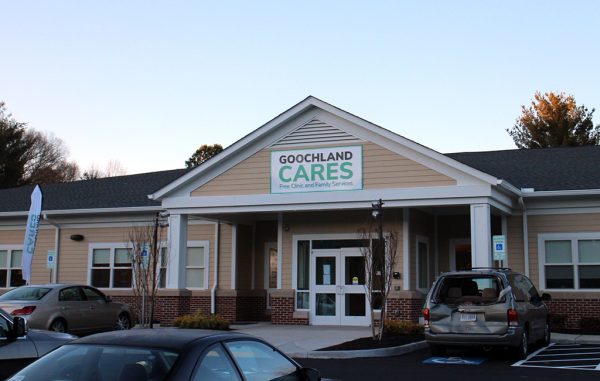 A local nonprofit has opened its new $7 million home base.

Founded in 2007 and led by executive director Sally Graham, the clinic previously had been based out of three separate buildings in the area, including a family services building adjacent to the new clinic that’s been converted into an emergency shelter.

In order to receive services from Goochland Cares, clients must be a Goochland resident and have income below 200 percent of the federal poverty level, which last year was $12,060 for an individual and $20,420 for a family of three.

The nonprofit broke ground on the clinic in March 2017 and completed a $7.1 million fundraising campaign in June. It received grants from the Mary Morton Parsons Foundation, the Cabell Foundation and Harrison Foundation. Goochland Cares also is opening with a $1.5 million endowment.

And, not for nothing, the facility name is awesome! Maybe the non-profit might adopt it as well? That would be one smart branding move.

Hi John, the non-profit did change it’s name to Goochland Cares….rolls off the tongue a lot easier.

Another smart move by this organization is raising $1.5M in endowment, and doing so ahead of opening the facility. A sum like that should provide up to $75K in operating funds each year, based on a 5% draw from $1.5M. Even a more conservative 4% draw would yield around $60K. While it obviously costs much more to run a health care agency, this is a good start. At whatever level, this annual draw is available year in and year out as a foundation for the agency’s budget. They can spend this money every year without having to raise it from… Read more »