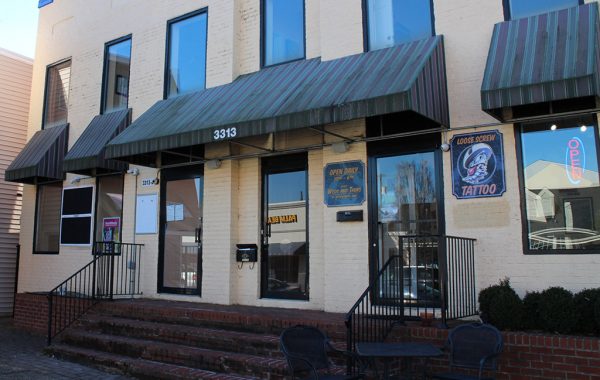 A rolled ice cream shop is planting its tusk in Carytown.

NarWhals Rolled Ice Cream, which started last August as a pop-up cart, is preparing to open its first permanent location at 3313-B W. Cary St.

Owner Raul Henriquez said he started the business with a partner who has since left, and running NarWhals on his own eventually wore him down, particularly rolling the heavy cart every day outside Zzaam Fresh Korean Grill up the street.

“I don’t even know how I did it,” Henriquez said.

The plan wasn’t always to set up a brick-and-mortar spot, but Henriquez said after a few months of saving and help from an outside investor, he took out a lease on the new space, which sits left of Loose Screw Tattoo.

“I started working on the property, and the investor put the money up,” he said.

NarWhals is leasing the 1,000-square-foot space and looking to open in a few weeks.

Also referred to as Thai ice cream, rolled ice cream is made by pouring a base cream onto a surface chilled below 0 degrees. As the liquid hardens, toppings can be mixed in. The ice cream then gets scraped into rolls and typically served in a cup.

As a stand, NarWhals had about eight core flavors like chocolate, vanilla, strawberry and banana. Henriquez said the new spot will expand its offerings and offer custom flavors. 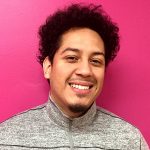 A native of Orange, Virginia, Henriquez was formerly a bank teller at Wells Fargo. He said the idea of entrepreneurship started to become too captivating to turn down.

“When I was first telling my friends I’m about to open a rolled ice cream shop, they were like, ‘What’re you even talking about?’” he joked. “I had a nice decent-paying job. I saw this opportunity and I kind of went in head-first … It even surprises me everything we’ve done.”

Henriquez also is working to finish his degree in criminal justice from VCU.

Named for the Arctic whales with a long tusk, Henriquez said the company name doesn’t necessarily have a deeper meaning.

“It just came to me. I’d started researching animals and found narwhals and fell in love with them,” he said.

Meanwhile, the parking lot outside Zzaam where NarWhals used to operate is now being converted into a food court.