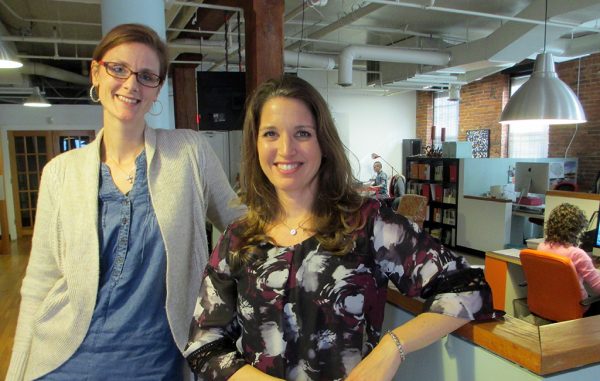 After collaborating for years on work for a shared client, a Richmond branding and design firm is bringing a Virginia Beach peer into the fold.

Red Orange Studio has added Theresa Ceniccola as chief operating officer in a move that gives her an ownership stake in the Shockoe Bottom-based agency, founded in 2005 by president and creative director Susie Fife.

In her role as COO, Ceniccola said she will serve as an intermediary between the agency’s creative team and clients needing longer-term services beyond one-off projects like a new logo or website.

The two sides started crossing paths primarily through their shared client, Sentara Healthcare. After working together on projects for the Norfolk-based health system, she and Fife started talking about joining forces.

“The timing was just right,” Ceniccola said. “I was ready to move on to something different and better and to be part of a team of creative professionals – not just collaborating with them on projects, but really being in-house and part of that team.”

In addition to Sentara, Ceniccola is bringing with her work for another client, Distinctive Art Source in Manassas. The Pittsburgh native and Penn State alum said she’ll continue TGC for certain projects, while also providing a satellite presence for Red Orange with her home office.

“We’re looking to grow some client base over there as well,” Fife said of Hampton Roads. “Now that we’ve got a presence there, it’s easier for Theresa to get out, and she’s got a team to support her.”

Red Orange now has a staff of eight full-timers and one part-time employee. A recent addition is Jolinda Smithson, who is serving as business development director and also hosts the local chapter of lecture series CreativeMornings.