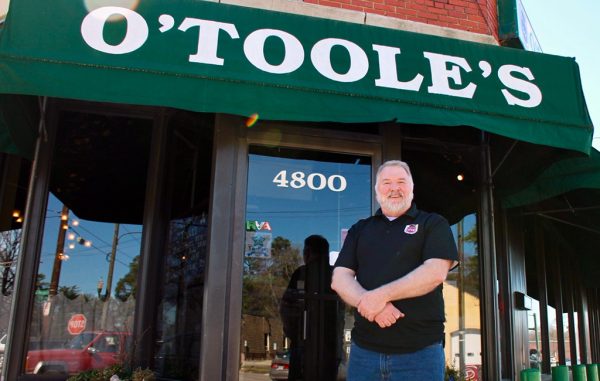 After a half-century serving up pints in the Southside, a mainstay of the Forest Hill dining scene is bringing its Irish flair to Midlothian and eyeing further expansion.

O’Toole’s Restaurant and Irish Pub, in business on Forest Hill Avenue since 1966, is preparing to add a second location in the Charter Colony Shopping Center at 13911 Midlothian Turnpike.

The restaurant is set to take 5,400 square feet next door to Marco’s Pizza in the retail center formerly anchored by a Martin’s grocery store. Other restaurant tenants include Moe’s Southwest Grill and Jimmy John’s.

O’Toole’s owner John O’Toole said the deal has been two years in the making.

“I thought it was time to expand,” O’Toole said. “We’ve been here in Forest Hill for a long time, and this seemed like the next step for us.”

O’Toole plans to invest up to $700,000 to upfit the space, funded mostly with a small business loan secured through SunTrust Bank.

The Charter Colony location will seat about 160 and is set to employ 60 full- and part-time people, O’Toole said.

Like its Forest Hill location, the new O’Toole’s will stick with the restaurant’s familiar menu of pub grub and traditional Irish dishes, like its signature shepherd’s pie and other items such as fish and chips, nachos, burgers, sandwiches, salads and soups. The location also will include a bar with local and national beers on tap.

“We may be expanding the dinner menu,” O’Toole said of the Charter Colony location, which he aims to open in June. 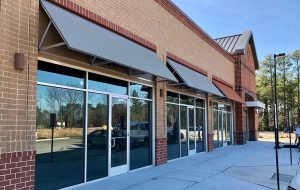 The location will offer lunch and dinner service throughout the week and serve brunch on weekends. To-go orders also will be taken.

While his eyes are on Charter Colony, O’Toole said the 52-year-old Forest Hill location at 4800 Forest Hill Ave. will continue as the restaurant’s flagship. He said increased patronage there is prompting him to look at adding patio seats fronting West 48th Street.

“This is where it all started,” O’Toole said. “We’re not going anywhere.”

A Richmond native who has worked at the family-owned restaurant much of his life, O’Toole said a spike in new restaurants nearby has been encouraging, and an indication that the neighborhood is on the upswing.

Little Nickel, a restaurant by Johnny Giavos and Chris DiLauro, who with Manny Mendez co-own The Galley restaurant nearby, is open at 4702 Forest Hill Ave. Other recent additions include Thirsty’s Bar & Grill in the former Kinsfolk spot at 3514 Forest Hill Ave.

“I think it’s where it used to be back in the 1970s,” O’Toole said of Forest Hill. “People are starting to come back … and we’re seeing more business.”

Local restaurant operators are lining up to call the Southside neighborhood home.

Don’t Look Back is planning a new restaurant at 7524 Forest Hill Ave. this summer. Happy Empanada is putting the finishing touches on 1,300 square feet in the former Caribbean Seafood and Jamaican Jerk House at 1203 Westover Hills Blvd.

And Galley To Go, a concept also owned by the Giavos, DiLauro and Mendez trio, is now open in the former Mandarin Palace space next door to The Galley at 2811 Hathaway Road.

O’Toole said if things work out in Charter Colony, a new O’Toole’s spot may be on the horizon in Goochland County.

“We’re going to see how things work out, but that would be ideally where we would go next,” he said.

This is great news for the Village of Midlothian!