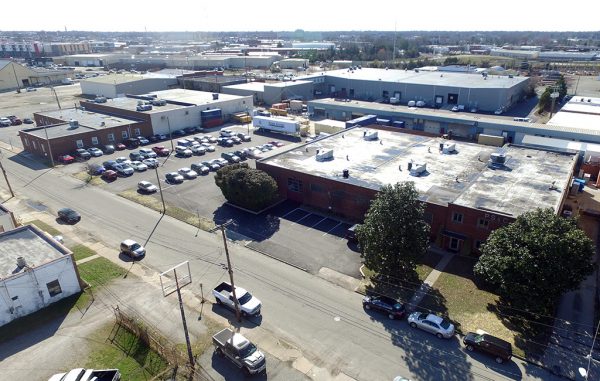 PS&C’s headquarters building at 3206 Lanvale Road, next door to the building it purchased, at left. (Kieran McQuilkin)

An electrical equipment manufacturer is increasing its local footprint as it looks to grow its business and put its sheet metal fabrication service under one roof.

Power Systems & Controls, a 53-year-old company that supplies power products to Fortune 500s and federal government agencies, is expanding its operations at 3206 Lanvale Ave. to an adjacent building it purchased in November.

The company bought the building at 3106 Lanvale Ave. for $1.66 million. The purchase price included $1.58 million for the 25,000-square-foot building, with the remainder covering equipment included in the sale by previous owner Woodfin, which relocated its headquarters in 2015.

The latest city assessment valued the 1.1-acre property at $1.03 million.

PS&C is putting $1.4 million into renovating the new building, which will house its sheet metal fabrication and bring its enclosures and shelters construction under one roof. A second floor in the building was removed to make room for the 20- and 40-foot enclosures, uses for which range from temporary classrooms to portable data centers.

“Those enclosures take up some good space,” said CEO Tom Delano, who noted the company is adding 20 staff positions as it expands its manufacturing and engineering business, including a focus on extending sheet metal fabrication to local commercial and industrial clients.

Delano said doing so will help meet a local demand that has grown with a decline in sheet metal shops, or as he called them, “tin knockers.” 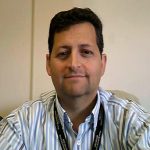 “Years ago, when Philip Morris was pretty strong, there were a lot of tin knockers in town, and then when they changed their business model, most of the tin knockers went out,” he said. “So we said, we’re investing a pile of money, we’re going to invest the people, we’ll put a sales force in place and see if we can fill the (demand).

Started in 1965 as a spinoff of Caterpillar distributor Carter Machinery, PS&C provides power supply systems to industrial and commercial users as well as the U.S. defense and intelligence communities, which Delano said accounts for half of its business today.

Products such as uninterruptible power supplies keep organizations powered in an electrical outage or other emergency. Other services include power conditioning, power factory correction and surge suppression.

Delano, who has served as CEO since 2001, led PS&C’s conversion to an ESOP, or employee stock ownership plan, in which employees own a share of the company. With the additional 20 employees, he said the staff will total 140.

Delano said PS&C does upwards of $40 million in annual sales, and he expects the expansion to increase revenue by as much as $7 million in the near term and $20 million after the facility is fully operational.

Chesterfield-based A-1 Door Co. is the primary contractor on the construction, with a second-phase contractor to be selected this week, Delano said. He said the expansion should be completed by summer, with upgrades including $100,000 worth of concrete at the rear of the building.

Before the building became available, Delano said, he had been eyeing the Sears Outlet and distribution complex at 4100 Tomlynn St. that sold last year as part of a $6.5 million deal. Land included in that deal is now slated to house a Topgolf venue.