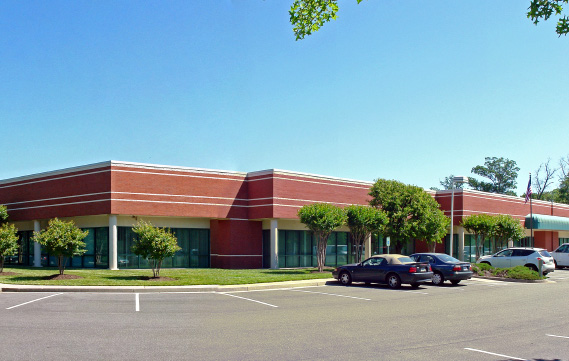 Just months after relocating its home base to Richmond, an engineering firm founded in Hokie country is now moving its HQ one more mile south.

Located between Brook Road and Chamberlayne Avenue just north of city limits and south of Interstate 95, the building is about a mile south of Draper Aden’s current headquarters off Brook at 8090 Villa Park Drive. The company, founded in Blacksburg, moved its HQ there in October.

The move will nearly double Draper Aden’s current 26,000-square-foot space, which CEO Jeff Lighthiser said its local staff of about 150 has outgrown.

“Right now we have a lot of people crammed into spaces that are really not suitable,” Lighthiser said. “It’s really an upgrade for our staff, additional space for our soils testing laboratory – just an overall upgrade of our space.”

The company signed a 10-year lease for the space, working with JLL’s Charlie Polk and Scott Harrison in negotiations with landlord AR Global, a division of New York-based REIT American Realty Capital. Lighthiser said the company plans to move in July.

Newman said SunTrust began using the 1990-era building after it was developed by Woolfolk Properties as a multi-tenant flex building. He said SunTrust vacated the building toward the end of last year as part of the bank’s consolidation to WestMark Office Park.

The single-story building totals 78,630 square feet, with more than 560 on-site parking spaces. About 36,000 square feet remains available for lease in the building, which also is listed for sale. Newman and Hetherington have the listing, which does not include an asking price.

The latest county assessment valued the property at $7.32 million.

In addition to Richmond and Blacksburg, the company has offices in Charlottesville, Newport News, Virginia Beach and Manassas, as well as two in North Carolina. Its staff totals upwards of 250 companywide.

As of last fall, the company averaged 1,000 projects annually and earned $35 million in sales in 2016. Over the past five years, it has added 75 employees, opened five offices and increased revenue by more than 125 percent.