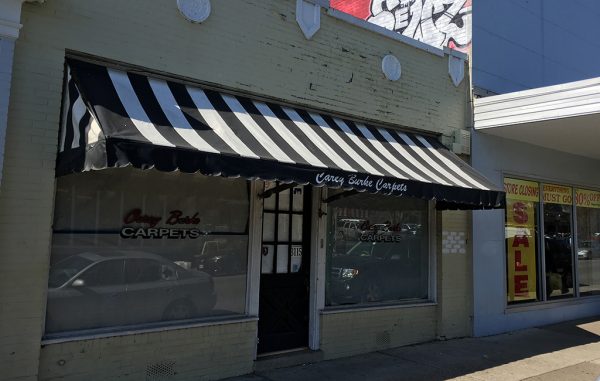 The Carytown ice cream scene is heating up.

Kilwins, a franchised chain with 130 locations nationwide, is preparing to open its first local outpost at 3115 W. Cary St.

The Michigan-based company makes ice cream, chocolate, fudge, candied apples and other confections. Its nearest locations are in Charlottesville, Williamsburg and Alexandria and it’s looking to add more.

“We started exploring Richmond about three or four years ago,” Brunette said. “We typically go into older blank boxes. We’re looking for exposed brick walls, tin ceilings, things like that.”

Franchisees Derek and Valerie Poh are putting their shop in the western half of the former Carey Burke Carpets space, which closed last year.

The Pohs could not be reached for comment by press time. 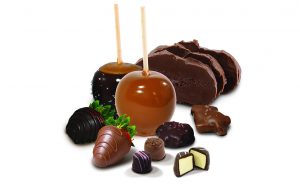 The chain makes chocolates, ice cream and other confections. (Kilwins)

Kilwins’ space is being gutted for a complete renovation, Brunette said. The shop mostly will be a retail operation, with a few tables and counter seats.

“There’s an open kitchen in every store, right up in the front of the store. That’s where we make fudge, caramel apples, brittle, caramel corn and things like that,” Brunette said.

The company’s chocolates are made in Michigan, while its ice cream, of which it typically serves 36 flavors in store, is made in Ohio.

The Carytown shop is slated to open in July. Brunette said they typically open with a staff of 15.

While Kilwins is taking one side of the former Carey Burke space, the other half is now home to The Jasper, a bar that opened in February.

Exciting to see new franchised concepts enter the market, but that will make for an awful lot of “sweetness” in Carytown…seems doubtful the neighborhood can support that many businesses filling the same niche. Time will tell.

Agreed. The article fails to mention For The Love of Chocolate right across the street, and Carytown Cupcakes essentially next door! It’ll be tough for another sweets shop to come in and thrive. Like you said, time will tell.

Eric, why do you consider “a new franchised concept” exciting especially in Carytown? Move to Short Pump.

So much for Carytown being local. As time goes on more franchises more chains.

Speaking personally, stuff like this doesn’t bother me, especially since the owners of this franchise location appear to be local.
Remeber, Sweet Frog once started out as a local shop and has expanded all over the country. Should they no longer be allowed in Carytown because of this?
That said, I don’t see them lasting just because of the competition, but don’t begrudge them trying. Will definitely check them out

The E Grace St corridor is home to ever increasing residents, downtown workers, twenty hotels, MCV/VCU students, visitors to entertainment venues/river…all looking for new retail shops to explore…so many existing retail spots available in beautiful spaces. We would love to become a Carytown alternative and a walkable shopping district since we already have the “parking problem” solved.

that would be great

Ben and Jerry’s tried TWICE in Carytown and failed both times. All the national FroYo places came in and FAILED. I see this place closing in under 2 years as well. Wow Ice Cream from Ohio and chocolate from Michigan. Going to stay with Bev’s. Who is doing their market studies?