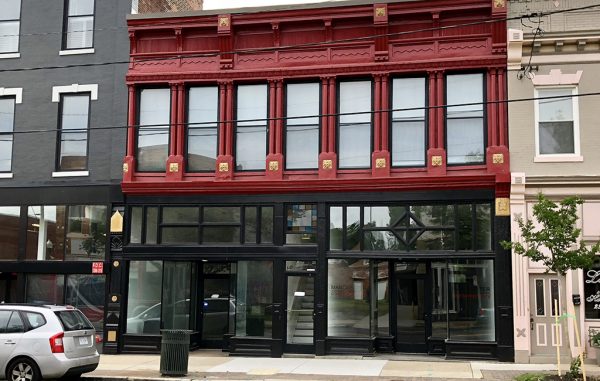 A Manchester maverick credited for expanding the neighborhood’s dining options in recent years is about to dish out a second helping.

“Everything really came into place for it to work,” Brewer said of the lease. “When you see what’s happening in the neighborhood, you can either sit on the sidelines or take part in the activity … I choose to keep making a difference.”

Brewer hopes to open the new venture this summer. Brewer’s Cafe, the coffee and sandwich shop he launched about three years ago, will remain open at the corner of Bainbridge and East 12th streets in the neighborhood.

Brewer said future patrons of Brewer’s Waffles can expect various styles of waffles, including vegan and gluten-free items. The menu also will include milkshakes and sodas from Union Hill’s Roaring Pines.

The location will be fitted to include a fourth Parker’s Candy Stand, a separate section of the store named for Brewer’s 3-year-old son, where patrons can buy popular candies. The other Parker’s Candy Stands are in Brewer’s Café, Front Porch Café in Church Hill and the Unlimited Barber Shop in Brookland Park.

Brewer is pairing up with his original business investor James Harris to launch the waffle venture, which he said could cost about $70,000 to open.

It will take over two units in the building renovated by investor and developer Charlie Westbrook, including space that housed art gallery Manchester Contemporary. 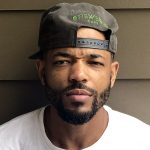 Westbrook purchased 1309-1315 Hull Street in fall 2015 and redeveloped the buildings into 14 apartments and four ground-floor retail units. Its other commercial tenants include Red Dragon Tattoo and Pig and Brew, which is under construction next door to the future Brewer’s Waffles.

With Brewer’s Waffles in place as a tenant with a five-year lease, all of Westbrook’s ground-floor retail units are leased.

Ann Schweitzer Riley and Madeleine Alderman with One South Commercial represented Westbrook in the deal with Brewer.

Serving up waffles and milkshakes is just one part of the concept.

Brewer said about half the space will be an art gallery and entertainment space for poetry acts and musicians. Brewer’s Waffles will open at 7 a.m. and close around 2 a.m.

“I really feel like the neighborhood needs something that stays open late,” Brewer said. “When people are on the way home from an event or a night on the town and want something good to eat, this is going to be the spot for them.”

Brewer, who worked as a stock broker and at Capital One prior to opening the cafe, said his latest installment in Manchester is driven in part by making the neighborhood a viable destination, and setting an example for his son.

“Of course you want to make some money in the process … that’s the name of the game with any business,” Brewer said. “This is our home. It makes me teary-eyed to think that one day I’m going to be riding my bike with him to Blackwell Elementary, and he’s going come into the shop to buy and sell goods that we make here. I’m showing him how much of an asset he can be to his community because that’s important to me.”

Brewer’s Waffles will join a growing collection of restaurants in Manchester, including the Croaker’s Spot, Café Zata, Plant Zero and Legend Brewing Co.

Michael Hild and Laura Dyer Hild, through their Church Hill Ventures LLC, have several food and beverage ventures in the works in buildings they’re redeveloping along Hull Street, including Manastoh Brewing in the old Bank of Commerce & Trust building at 1128 Hull St., Dogtown Brewing Co. at 1209 Hull St., Hot Diggity Donuts at 1204 Hull St., and Butterbean Market and Café at 1213 Hull St.

“Every day there seems to be something about to take off, and that’s exciting,” he said. “The transformation is here, and I think what you’re going to see over the next 10 years are more businesses and people looking to join what we’re building in the neighborhood.”

I got hungry just reading this! Best of luck for Mr. Brewer’s latest venture.

I am starting to find is suspicious that you never mention Camden’s Dogtown Market in the Corrugated Box Building when you talk about Manchester.

You can’t say you are only talking about new spots because you pulled up Legends.

For anyone interested, here is the web site:
http://www.cdmrva.com/

CONGRATULATONS, IT’S AWESOME NEWS TO SEE MY OUR OLD NEIGHBORHOOD BECOMING NEW! WE WILL BE VISITING AND SUPPORTING YOU MR. BREWER.
KUDOS TO YA SON!…..
CONTINUED BLESSINGS!….