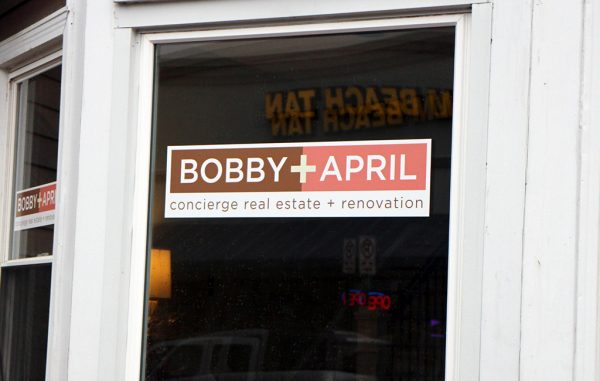 A federal judge Tuesday granted a request by the trustee’s attorneys to dismiss their motion for an injunction that sought to recover and redirect funds from Hicks’ sale of his stake of the Bobby+April brokerage to Straus – an effort aimed at putting those funds toward paying the more than $4 million owed to Hicks’ creditors.

The move means Straus can continue with her purchase of Bobby+April, with the $2,000 monthly payments she agreed to make to Hicks now going to the trustee, Kutak Rock attorney Peter Barrett. Straus also agreed to provide monthly bank statements for Bobby+April for a year, as well as access to business records as needed through the course of Hicks’ bankruptcy proceedings.

The total value of the sale – $90,000 – had been scrutinized by Barrett, who further questioned the transaction’s timing: 10 days before Hicks’ bankruptcy petition was filed in early January.

Those and other circumstances surrounding the transaction led Barrett to declare the sale “fraudulent” and to seek to recover what Hicks had listed in his petition as his biggest asset.

At Tuesday’s hearing, Robert Westermann, a Hirschler Fleischer attorney representing Barrett, told Judge Keith Phillips that Straus and her legal counsel had been “incredibly responsive” and forthcoming with information about the business and transaction since an initial hearing May 31 was continued.

At that earlier hearing, Barrett’s attorneys had argued that Straus was in default on two months’ worth of payments and had failed to respond to correspondence demanding that Straus turn over ownership of the business, along with all books and records, to the trustee.

On Tuesday, Westermann said they had reached an understanding as to the $90,000 transaction and the valuation of Bobby+April, which the trustee had scrutinized – citing Hicks’ bankruptcy testimony – as having been received informally over the phone and based exclusively on one year’s tax return. 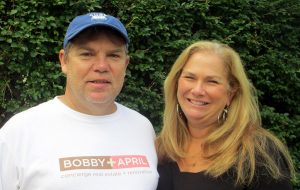 Reiterating arguments Baldwin had previously made, Westermann told the judge the value of the business is in the deals made by Bobby+April’s agents. Straus leads that team of five or so agents as principal broker in addition to owner.

“It’s not really different from any other real estate company. The value is in the agents,” Westermann said, going on to describe the brokerage as an intangible asset that would not have the same value to a broader market.

In his remarks to the judge Tuesday, Baldwin chalked up the complaint against Straus to “bad optics.”

In agreeing to the dismissal, Baldwin said: “This gives the trustee assurance there’s nothing slick going on here. It’s just ordinary business, and time to get on with it.”

After the hearing, Straus and Baldwin stressed that the proceedings involving Straus are separate from those involving Hicks, who in addition to filing for bankruptcy and listing $4.6 million in liabilities faces five felony charges related to his contracting business, Renew Renovations.

Straus and Baldwin further emphasized that the couple’s respective businesses – Straus’s Bobby+April brokerage and Hicks’ Renew Renovations – are separate business entities that operate independently, though Bobby+April’s website has previously marketed the brokerage as an exclusive agent for Renew Properties, another of Hicks’ business entities.

Asked what the future holds for Bobby+April, Straus said: “We can’t wait to get back to work.”

Hicks and Straus started Bobby+April eight years ago as a service to buy, sell and renovate homes. They have previously told BizSense that the brokerage recommended Hicks to clients only if his services matched up with a particular project. Hicks was also listed as a contractor on the brokerage’s website but has since been removed from the site’s “team” page.

Also removed from that page was office manager Ralph Ross, who was arraigned the same day as Hicks on a grand jury indictment of conspiracy to fraudulently obtain money. Ross appeared in Richmond Circuit Court last week to report his attorney arrangements. That process was continued to July 2.

Meanwhile, Hicks – who was at the courthouse for Straus’s May 31 hearing along with Bobby+April agents and staff – was scheduled to have a creditors meeting related to his bankruptcy petition Tuesday afternoon, but the meeting was postponed to July 17. A status hearing on Hicks’ criminal charges is scheduled for Aug. 3, with a jury trial tentatively scheduled Oct. 25.

Last month, Hicks sought permission to leave the state for a previously planned vacation to the Virgin Islands, but a judge denied the request. He and Straus share ownership of a yacht in St. Thomas and receive proceeds from a company that charters it out, Hicks has said.

Correction: Bobby+April’s website previously marketed the brokerage as an exclusive agent for Renew Properties, not Renew Renovations as stated in an earlier version of this story.

Who now would use Bobby + April as a realtor? Who wants the negative connection in selling or buying a home.? The whole thing has the whiff of questionable actions and wrongdoing. The whiff alone should make one avoid Bobby + April. Nice or evil, it really doesn’t matter, the issue is whether there company partook in any questionable activities. Let’s face facts, Realtors and House Flippers tend to be bunched in all together. My question is whether the Board of Realtors is actually going to step in and do anything . Bobby + April have damaged the perceived well… Read more »

It is just one a strange thing – someone can make an accusation with no proof whatsoever and then the media picks up on the story and makes it sensational. When the accuser admits there was nothing to the story by standing up in court and dismissing the claims, it isn’t nearly as exciting and the damage is done. I know these guys, have worked with them, and had great results. The agents in the office are upstanding and hardworking – they take care of their clients and go the extra mile to get great results. Given a choice between… Read more »

I think the dismissal shows that someone here has a little bit of an agenda – and it’s funny that BizSense is so quick to write articles about the initial action, but doesn’t really cover any of the conclusion. The case against Bobby+April – according to the information I have read – was dismissed because the other side realized that the company had been purchased completely legally. There wasn’t any “whiff” of anything about it. Anyone can sue others for anything they want. Look at much of the backlog in the court system – but to win, you actually have… Read more »