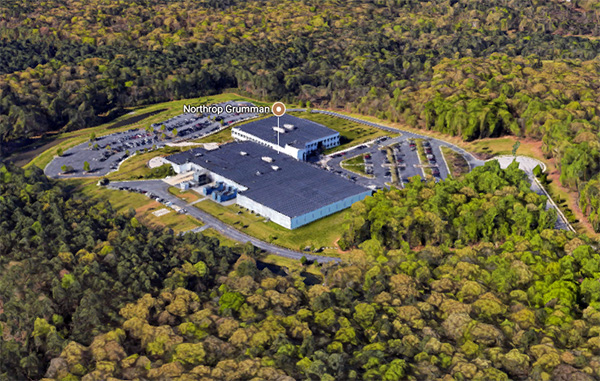 As a 13-year IT deal with the state comes to a close, a Northern Virginia-based government contractor’s local employees are feeling the pinch, while waiting to see if they’ll be picked up by a competitor.

Northrop Grumman is laying off 348 employees at its Chester facility at 11751 Meadowville Lane, according to a June 14 filing with the Virginia Employment Commission.

The publicly traded, Falls Church-based aerospace and defense IT company has, since 2005, worked a $2 billion contract from the Virginia Information Technologies Agency to oversee the state’s technology infrastructure.

In May, VITA announced it would terminate its contract with Northrop Grumman effective Aug. 17. The two parties are based in the same office and data center building, which sold late last year for $44 million.

Northrop Grumman spokeswoman Jenna Gregory confirmed the layoffs were due to the agency’s decision to terminate the contract.

“As a result of VITA’s decision to issue on May 18, 2018 an early termination notice of the contract between Northrop Grumman and the Commonwealth of Virginia, Northrop Grumman issued a Worker Adjustment and Retraining Notice (WARN) to state officials on Thursday, June 14,” Gregory said in a statement.

She added that Northrop Grumman is “undertaking efforts to place impacted employees in other positions.”

In its 2017 annual report, Northrop Grumman reported $25.8 billion in revenue.

The layoffs will take effect on Aug. 17, the same day the VITA contract will be terminated. Science Applications International Corp., better known as SAIC, will be taking over management of VITA’s IT services after that.

VITA spokeswoman Marcella Williamson said SAIC will aim to offer positions to as many of the affected Northrup Grumman employees as possible.

“These employees are valuable service providers and have knowledge that is important to SAIC’s ‘take over in place.’ They are important to the success of the transition,” Williamson said.

The 13-year relationship between the two parties has been rocky. Last year, Northrop Grumman sued VITA for $10 million for an alleged breach of contract, which VITA responded to with a $300 million countersuit for alleged poor performance. The case is still pending.