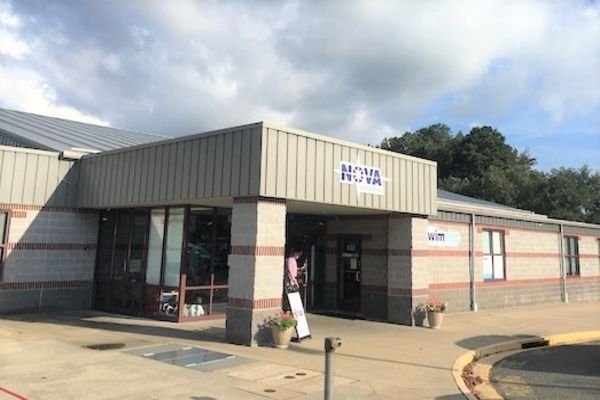 Nova Aquatics, a Henrico-based competitive swimming nonprofit, has agreed to terms for a 30-year lease at Regency Square Mall.

The nonprofit announced the agreement in a letter sent to its members this week and obtained by BizSense. While Nova has a letter of intent to take space at the mall at 1420 N. Parham Road, the plans are not official.

Nova operates a competitive youth swim team, and provides swimming lessons and clinics. It is located at 12207 Gayton Road, where it has two 25-meter-by-25-yard pools and a swim shop.

“I am pleased to let you know that NOVA and the owners of Regency Square Mall have agreed on initial business terms for a thirty-year lease and we have now commenced an exclusive sixty-day feasibility study period,” wrote Ann McGee, Nova’s executive director, in the letter.

The feasibility study will determine the viability of putting a pool at Regency and “further define the scope, cost, and timing of construction,” per McGee’s letter.

The potential mall location is a change of course for Nova, which had been planning to expand its headquarters to add a 50-meter, Olympic-sized pool since 2013. The nonprofit launched a $2.1 million capital campaign to finance the project. 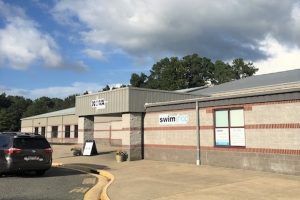 The nonprofit had to change its expansion plans after it discovered mine remnants near its Gayton Road headquarters. (Mike Platania)

Earlier this summer, Nova discovered mine remnants, or “voids,” located beneath the site adjacent to its headquarters where it was planning to build the pool.

In a July 20 letter from Nova’s board of directors to its members, Nova announced the change of plans.

“(The discovery of the mine voids) puts significant pressure on the financials and our ultimate ability to afford that option without significant additional funding,” Board President Adam Russell wrote.

“As such, we don’t feel we can proceed with that option. This decision was not taken lightly, but was ultimately the only prudent choice.”

McGee said Nova leadership was unable to comment on the Regency deal while it’s pending.

In the July 20 letter, the swim club laid out three potential locations for an expansion, including the former Macy’s South space at Regency. Two other options were expanding its current pool at Gayton Road by adding onto the south end of the building, and purchasing the former Toys ‘R’ Us warehouse at 8700 Quioccasin Road.

Nova does not mention the Macy’s building specifically in the letter sent Tuesday. It is unclear whether a new pool at Regency would mean Nova would close its Gayton headquarters.

Regarding the capital campaign, McGee wrote that Nova is “almost there” about reaching the $2.1 million goal. Per nonprofit database GuideStar, Nova reported $3 million in revenue on its most recently filed tax form. 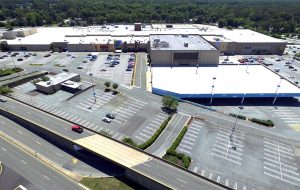 An aerial shot of Regency Square Mall, which is undergoing a recent transformation with new tenants such as Regal Cinemas, Chipotle, MOD Pizza, and Starbucks. (Kieran McQuilkin)

In the letter, McGee writes that the Regency location would allow Nova to host more long-course swim meets, and add to its lessons and other community initiatives.

“This model also aligns with Regency’s wishes to repurpose the mall to a lifestyle center; NOVA’s excellent brand and reach would significantly advance this goal,” McGee wrote.

Built in the 1970s, Regency was purchased by Thalhimer Realty Partners for $13 million in 2015 and is in the midst of a $35 million renovation.

Mall representatives could not be reached for comment by press time.

Regal Cinemas has leased space for a 10-to-12-screen movie complex in the mall, and Chipotle, MOD Pizza, Starbucks and others also recently have signed on. Sears, one of the mall’s anchor tenants, closed last year.

Well, I am on the edge of my seat! “Mine Voids”?! Civil War land mines? Abandoned gold mines? Coal? Gravel quarry?

The Gayton Road/Tuckahoe area of the Far West End is full of old coal mine shafts.

Regal signed a lease??? That is news. I heard they had a LoI for the Macys but are not doing review of using Sears but they have a signed lease? Aqua Center is a good move as it will bring in events and dollars to the area. Maybe the old hotel will be replaced with a new Hampton or like for visitors the NOVA center.

Regal Cinemas announced it was opening a theater at Regency in May 2017.

Again, the LoI or Letter of Intent is not a lease. “The movie chain has signed a letter of intent with the mall’s owners” and it says it would open in March 2019. He goes on to say in the 2017 article that “a lease still needs to be signed.” They have not submitted site or development plans for this theater so it won’t be opening March 29th, 2019. Outlet of Richmond said in 2015 they had LoI with Under Armour, Banana Republic, Gap , OshKosh B’gosh and Carter’s, plus restaurant chain Johnny Rockets and we see who that developed.… Read more »