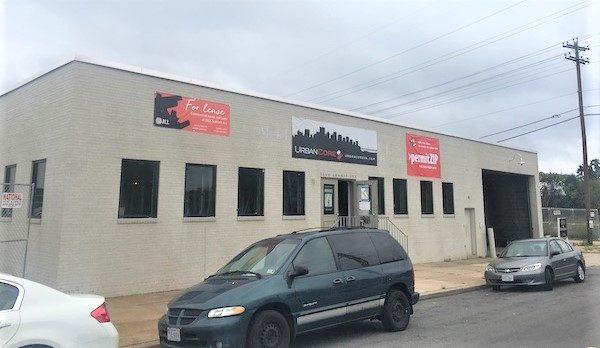 The Florida-based coworking brand is taking about half of the former McKinnon and Harris furniture building. (Mike Platania)

Another national coworking brand is staking a claim in Richmond, taking a nearly 20,000-square-foot bite out of Scott’s Addition.

Venture X, a Florida-based company with more than a dozen shared office locations around the country, is preparing to open in the former McKinnon and Harris building at 1806 Summit Ave.

Harry Vinson, who owns the local Venture X franchise, confirmed that the company has leased 18,000 square feet in the former furniture manufacturing building.

The property is owned by local development firm Spy Rock Real Estate Group and Brad Cummings. They purchased it in May for $2.4 million with a plan to convert it into office space.

The Scott’s Addition location will be Venture X’s first location in Virginia. Founded in 2012, the company has an additional 30 locations in the works, including spots in Canada and Australia, according to its website.

Like most coworking spaces, Venture X offers common areas, private offices, a cafe and event spaces. Vinson said they’re finalizing the design for the Richmond location, and that it will have about 80 private offices and parking nearby.

He added they’re currently preselling memberships to a variety of tenants.

“We have a broad mix of all types of tenants, going from independent professionals to large companies that are taking blocks of space. It’s a diverse audience,” Vinson said.

Vinson declined to disclose the project’s cost. UrbanCore Construction is the general contractor. Architecture AF is designing the space and PermitZIP is handling engineering drawings.

Venture X aims to open the Richmond spot in early 2019 and will occupy about half of its space.

The company joins an increasingly busy coworking scene in town.

Locally based Gather is moving its downtown location to 309-315 E. Broad St., joining spots in Scott’s Addition and Short Pump, and The Broad expanded its space at 209 Foushee St.