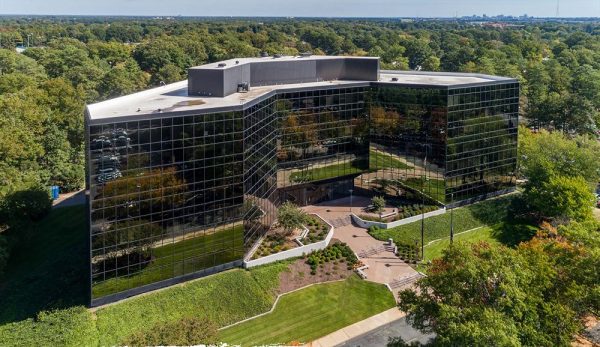 The Virginia Employment Commission will be moving into Brookland Place. (Photos courtesy Thalhimer)

The space will serve as VEC’s new headquarters, allowing it to vacate its aging home downtown at 703 E. Main St.

VEC gives the eight-story, 196,000-square-foot building a second anchor and brings its occupancy to 100 percent.

TRP bought the building from Southern States, which remains the property’s anchor tenant. As part of that deal, Southern States said it would downsize from its current 150,000-square-foot presence that spanned the first six floors of the building. 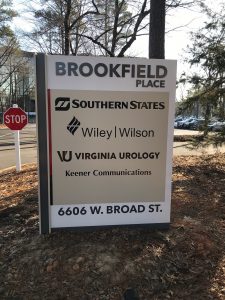 TRP’s Jason Guillot said the agricultural supply company since has downsized to around 87,000 square feet and renovated much of its space, including a redo of the third floor that was completed last month.

That space opened up room for VEC, which will occupy all of the first and second floors, along with parts of the fourth and fifth floors, and the basement level.

“We are excited to work with the Virginia Employment Commission to build out their new headquarters space at Brookfield Place, and appreciate the Commonwealth of Virginia placing their faith in us as a long-term partner,” Guillot said.

Other tenants in the building include Virginia Urology and Keener Communications.

Guillot said TRP was drawn to make an investment in Brookfield Place in part by the potential growth of the neighboring 47-acre Genworth campus, as well as developer Stanley Shield’s gut job of the Brookfield Commons office building next door.

More changes around the campus – referred to as the Brookfield Office Park – could be fueled by a county effort aimed at facilitating denser, mixed-use development.

VEC spokeswoman Joyce Fogg said the agency ultimately will house around 300 employees in the building and plans to move in stages between September and December, following some renovations on the space.

Fogg said the decision to move was prompted by the age of the agency’s downtown home.

“The building we’re in is very old and needs some expensive repairs,” she said.

Ownership of the building ultimately will be transferred to the Department of General Services, which handles the state’s real estate holdings.

Once vacated, DGS spokeswoman Killeen King said the VEC building would be put into the state’s “inventory of facilities in and around the City of Richmond for use by state agencies to be determined.”

The best part of that building was the cafeteria. Does it still exist? The best affordable lunch in Richmond.