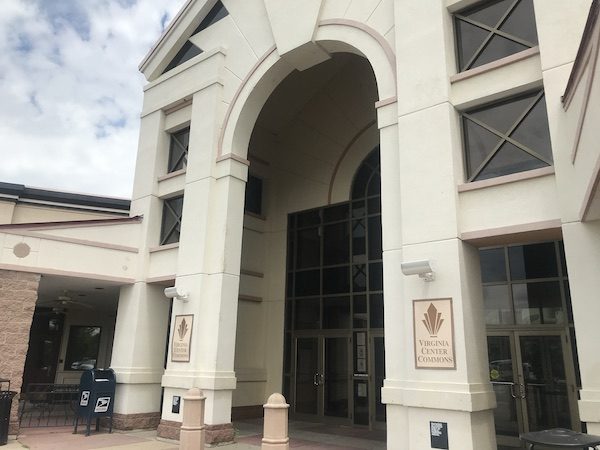 Virginia Center Commons is facing four different cases, three of which are from Henrico County. (Photos by Mike Platania)

A struggling local mall is in deepening legal hot water as both Henrico County and a former tenant have filed new lawsuits against it in recent weeks.

Virginia Center Commons is facing four active lawsuits filed in Henrico Circuit Court: three from Henrico County and one from Alpozio’s Grill & Lounge, a restaurant that was formerly at the mall.

Henrico and Alpozio’s are suing Virginia Center Common Realty Holding LLC, an entity tied to Kohan Retail Investment Group, which bought the 26-year-old mall at 10101 Brook Road for $9 million in 2017. 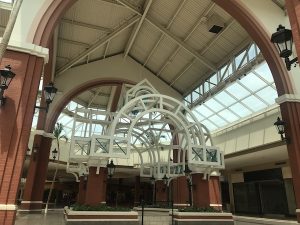 Alpozio’s, which opened in September 2015, claims the dispute started in January 2017 when a snowstorm led to a pipe bursting and flooding the restaurant. While the restaurant was closed for repairs in March 2017, Alpozio’s claims that mall management booked a fashion show to take place in the restaurant without Williams knowing.

The lawsuit, filed May 28, alleges that Kohan violated the lease agreement by terminating the lease and changing the locks on the doors without proper notice.

Alpozio’s is seeking $2.9 million in damages plus court costs and attorney’s fees. The restaurant is represented by Alexander Taylor of Alex Taylor Law PLC. He declined to comment.

Meanwhile, Henrico County has filed three petitions for injunctive relief against Kohan. Henrico is claiming that the mall is violating the county’s fire code, building code and zoning ordinances.

The county filed the first of the three injunctions in January, claiming that Kohan has “failed to inspect, test, and maintain the fire protection system in the mall.” 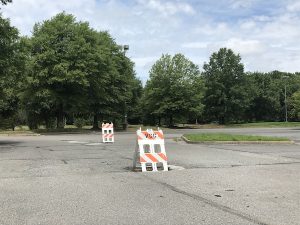 The mall’s parking lot, seen here, is allegedly not up to County code.

In April, Henrico filed a petition claiming the mall’s parking lot has “deteriorated significantly and no longer meets the requirements of the Plan of Development.”

The third petition was filed June 17. Henrico claims the mall’s rooftop air handling units are not in accordance with the county’s building code, citing a third-party inspection that allegedly showed the units were still defective as of last fall.

The county claims it has successfully prosecuted a criminal summons against Kohan for noncompliance on each of the three petitions, and that despite a conviction given for each, the mall has remained in violation.

In a phone interview last week, assistant county attorney Andrew Newby said Henrico is hoping to get the mall into compliance through the petitions.

“There are a lot of good businesses out there and obviously it’s a great location, so I think it’d be wonderful for the owner to invest in the property, and at least to bring it into compliance with the bare minimum that the building code, fire code and zoning ordinance require,” Newby said.

“These are just basic maintenance issues that every property owner’s required to abide by.”

Kohan did not respond to calls and emails seeking comment. 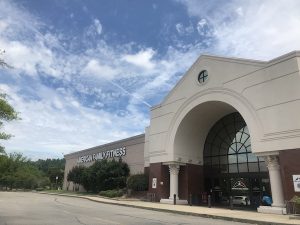 American Family Fitness’ building was recently listed for sale for an undisclosed amount.

Once popular in the 1990s and early 2000s, the 915,000-square-foot mall has seen its occupancy rate fall off over the years. A recent count by BizSense tallied over 50 vacancies to roughly 30 tenants.

One of the mall’s anchor tenant spaces also is on the market, as the American Family Fitness space at the western end of the mall recently was listed for sale with brokerage Holliday Fenoglio Fowler LP for an undisclosed amount. The 86,000-square-foot space is part of the larger mall owned by Kohan.

I’m glad the County is trying to stay on top of it and at least make them adhere to certain minimums. Right now I think the owner is simply using it as a write off for their other businesses. The mall is at a great location but will suffer until this owner is gone.

Glad too but nothing will happen except maybe getting the judge to order the mail closed for the code violations.

The LLC protects the property owner. Individuals use this all the time to avoid building code violations and maintenance responsibilities; maybe the state will actually tighten the laws now that the problems the cities have had for years are creeping into the counties.

The judgments are meaningless; they’re dragging a single parcel entity LLC into Court. He is not going to put a dime into that mall’s maintenance. Interesting no mention of the real estate taxes?

Agreed that the courts won’t actually go after him, but they can make them come up to code. He would have to spend money and energy which might make him want to sell it to someone else. That should be the end goal here. I remember there being something about taxes before but I think that ended up being resolved in some way.

David this man does neither (repair or care about his properties) and the County is asking the Courts for injunction as he did nothing after a criminal conviction. LLC has been racking up per day violations from the criminal complaint and still done nothing. He has no personal liability to do anything and corporate address for the LLC is in upstate NY. Not sure what the County is seeking in its relief but the only option that will see a result is allowing the County to hire a firm to make the repairs, the County pays the bill, and seeks… Read more »

I can’t ever recall a mall taking such a fast nose dive. It seemed they were a nice mall for only a couple years.

The current owner just bought it in July 2017. Google his name/firm and see if you can find a mall he owns that is not a disaster. He had a mall in upstate NY that the power company cut the power off has he didn’t pay the bill. One in Michigan the roof caved in. They usually sell the mall with no working AC, leaking roofs, back electric, water, sewer bills and back taxes so we are probably close to a sale. March 2019 article sums them up well. https://www.masslive.com/business/2019/03/no-tax-payments-no-lights-no-stores-and-no-plan-to-make-it-better-berkshire-mall-owner-mike-kohan-has-frustrated-towns-all-over-the-country.html

Sounds like a hoarder but instead of hoarding household junk he hoards malls.

Woldnt that spot be more profitable as a tear down? I mena everything arond it has come up in value and the mall conept seems to be part of the issue.

It could very well be more profitable, but malls can reinvent themselves too. Take Willow Lawn for example. In the hands of the right people (not this guy!) a mall could be good here or something else could be good here.

David, Willow Lawn is the exception, not the rule. Regency is trying hard, too, but most malls seem to have a 30-35 year life. Look at Cloverleaf. It was barely surviving when an employee was killed at a dollar store. That was the final straw.. It took and will continue to need help from the county (remember, the county bought it out from under a church to preserve the tax base) but it appears to be well on its way to a resurrection.

Correct. Willow Lawn is the exception, and like I said this may very well be more profitable as a tear down to someone. But what Willow Lawn does show is that it is possible if you invest in the property, know you your market, sign key tenants, and have some good demographics. The verdict is still out on Regency, but the moves they are making, especially with the swim facility, are very interesting and could lead to a turn around there. One of the keys is the surrounding area. Cloverleaf also failed because the whole area around it was failing… Read more »

I agree. There are more and more nice neighborhoods being built nearby and nice shops coming to that area. If the mall was cleaned up and managed properly it could be profitable. The new owner could offer great rental rates to bring some good stores back. I go to Chesterfield Town Center sometimes and it is a really nice mall. It is a shame because VA Center is a nice close area. I hope it gets purchased by someone responsible. 😕