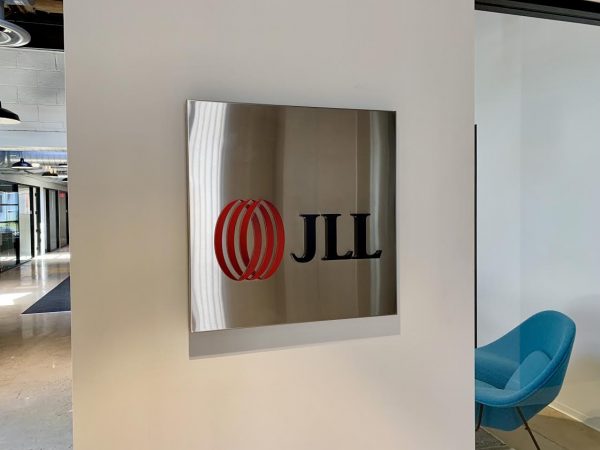 A commercial real estate brokerage’s local office has left its suburban digs and relocated to a city neighborhood it knows well.

JLL last week opened its new Richmond outpost at 2912 W. Leigh St. in Scott’s Addition after moving out of the Boulders Office Park in Chesterfield.

Its new digs consist of about 8,400 square feet of office space that formerly was filled by ad agency NDP, which vacated part of the space after downsizing its local footprint last winter.

NDP chief executive Brent Morris said the firm is still housed in the building, but now occupies about 7,000 square feet. 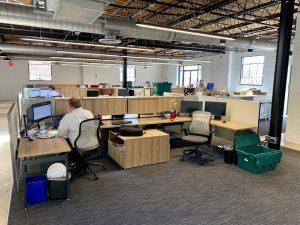 JLL Richmond’s move to Scott’s Addition allows for the its office space to be more open.

Charlie Polk, who oversees JLL’s Richmond division, said the move was prompted by several factors, including the firm’s desire for more modern office space to help it appeal to clients and employees.

“We needed different space,” Polk said. “We needed more open, more collaborative space … We thought that it would be a great idea to be close to our customers and be a part of the hot spot in town.”

The firm has about 25 people in Richmond, Polk said, and it recently added several new employees, including Spotty Robins, the former assistant director of admissions and head lacrosse coach at the Woodberry Forest School. He added JLL also has hired two new property managers and a project manager, and is adding a new retail leasing agent. 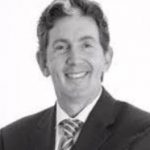 HFF, which is now wholly owned by JLL, is familiar with the Richmond market. Prior to the deal, the firm had handled several large listings in the area, including the $108 million sale of the James Center complex downtown in 2017 and the $74 million sale of the Cabela’s- and Wegmans-anchored West Broad Marketplace in Short Pump.

Now under the JLL flag, the firm has been assigned to sell the bulk of the White Oak Village retail complex at 4423-4591 S. Laburnum Ave., the 90,000-square-foot Tuckernuck Shopping center at 9110 W. Broad St. and American Family Fitness’ remaining 10-year lease at Virginia Center Commons in Henrico. 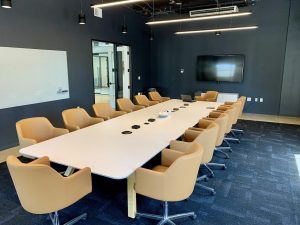 As part of its move and expansion JLL Richmond added several gathering areas and conference rooms.

“Having the HFF now fall under JLL is going to be good for us in Richmond,” Polk said. “This is a company that is familiar with the market, and having a capital markets person on board only strengthens our team.”

Polk said the firm looked at several office properties across metro Richmond, including space developed and owned by Highwoods and Lingerfelt, before choosing Scott’s Addition.

“We really had to think about the future moving forward,” Polk said. “We were running out of room at the Boulders, and we could have easily expanded there, but from a client and employee recruiting standpoint, it made since for us to move our operations here.”

Like several of the modern office spaces being crafted out of the shells of former warehouse space throughout the neighborhood, JLL’s new digs are an open office concept, equipped with conference rooms and gathering spaces with large-screen TVs, docking stations and modern seating. JLL also shares a large gathering/cafe area with NDP that’s equipped with a kegerator and coffee stations. 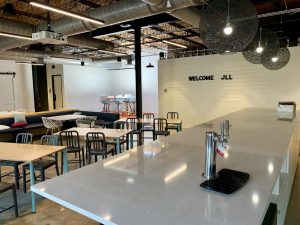 JLL has had a hand in bringing other office tenants to Scott’s Addition, as it helped bring Dominion Payroll and Barber Martin Agency to nearby spaces.

“Many of our clients are now our neighbors,” Polk said. “The JLL team is proud to have played a role in the growth of Scott’s Addition, and making our move to the neighborhood is a natural next step in our business evolution.”