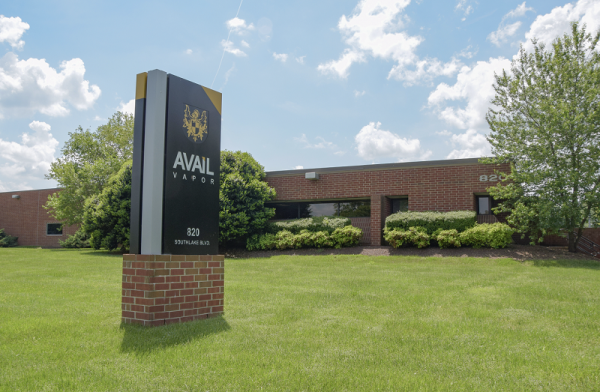 Avail Vapor recently launched Leafana Wellness, its own line of cannabidiol (CBD) products that it manufactures in a new 1,200-square-foot facility grafted onto its headquarters in Midlothian.

While Avail has been offering CBD products at its 99 retail locations nationally since February — shortly after the passing of the December 2018 farm bill, which made hemp-based products legal in all 50 states — until last month, its offerings all came from third-party vendors.

Avail executives said the decision to start their own line of CBD stemmed from confusion that surrounds the industry. CEO James Xu said that once he started attending CBD conferences and looking into the industry, he became even more confused.

“The industry is not regulated yet, and there are so many snake-oil products out there,” Xu said. “Everyone can make the product and make all kinds of claims. It’s very confusing. There are hundreds of different (CBD) products out there, but few make it to the standard we like.” 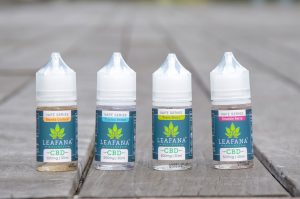 Leafana Wellness offers CBD products in both e-liquid form for use with vaporizers and as an oral tincture.

As per the farm bill requirements, hemp-based CBD can contain no more than .3 percent Tetrahydrocannabinol (THC), the psychoactive compound found alongside CBD in the cannabis plant that is responsible for the “high” typically associated with it.

All Leafana products, Xu said, are tested at Avail’s in-house lab, as well as by third parties to ensure they meet guidelines and are of high quality.

In order to achieve this high quality, Xu and business partner Donovan Phillips went to several companies that buy the actual hemp plants and then process it into different forms of concentrated CBD, to be used for different Leafana products.

Avail also looks at how its individual suppliers process hemp into their different CBD concentrates, making sure to avoid companies that used butane extraction — an easier and common form of extracting CBD that can leave traces of butane in the final product. From there, Leafana processes the concentrate into its own brand of products.

Xu would not disclose the names of its CBD suppliers, saying the time spent researching and verifying each one represents a significant investment on Avail’s part.

Avail likewise would not disclose its total sales for Leafana or other CBD products in dollar amount, but Russ Rogers, COO, did provide an ounce of information as to sales figures.

“It’s into the double digits of our total sales percent figure since March, when we started selling CBD,” Rogers said.

Avail launched as a small e-cigarette retail outfit in Carytown in 2013, quickly growing by manufacturing its own flavored liquids from its facility at 820 Southlake Blvd. in Chesterfield County. It grew to have more than 100 stores, mostly in the mid-Atlantic. 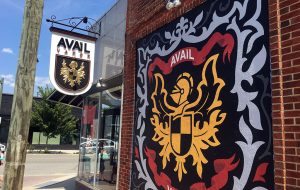 The Leafana facility add-on was built by Stoker Construction Management, and for now is where all Leafana products are produced.

“That’s our main focus for now, but in 2020, all bets are off,” Rogers said, and added that depending on continued popularity, he’s waiting to see if Leafana may need to expand to a larger facility and expand its product line.

The company also is watching the market for legalized marijuana, according to Xu, but has no immediate plans in the works.

“It’s a very complicated landscape. We’re waiting for the law to be more clear,” Xu said. “We’re in the learning stage.”