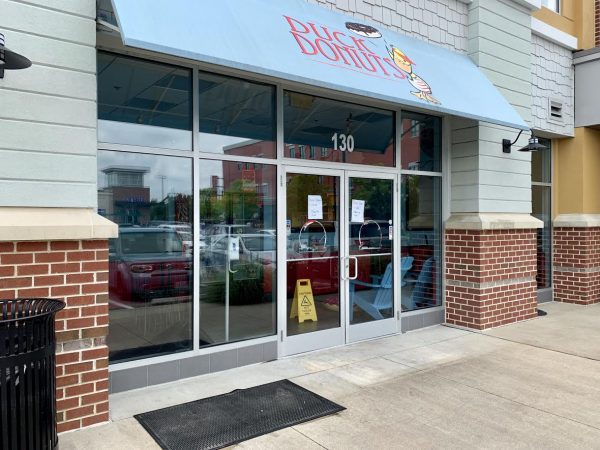 Willow Lawn has lost one of its sweet spots.

Duck Donuts on Sunday closed its store at 1601 Willow Lawn Drive, Unit 130, leaving the chain with only one Richmond-area location.

The company made its closure official on Facebook with a post to its Richmond page, stating the group was “unable to come to an equitable agreement that would work for our team.” 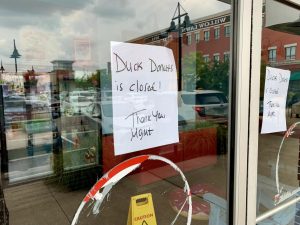 A note announcing the closure was posted in the door.

“It is with mixed emotions that we must notify you that we have closed this location,” the Facebook post stated. “We are sad to leave this location and thought we had a solution for a moment, but alas it was not to be.”

It was not clear whether that was a reference to its lease at Willow Lawn or some other agreement related to the store.

Duck Donuts did not return a call for comment Monday afternoon about whether it was considering opening another location in the metro area.

Federal Realty Investment Trust, which owns and maintains leasing of the Shops at Willow Lawn, would not comment about Duck Donuts or whether a new tenant has been signed to take over the space.

Duck Donuts, known for its made-to-order donuts, still operates a store in the Altria Theater at 6 N. Laurel St., which it opened in April. 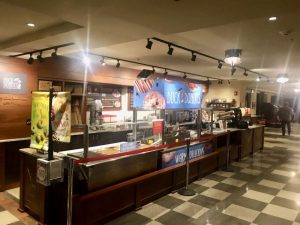 The lone Duck Donut location in the region now operates in the Altria Theater at 6 N. Laurel St. in the Fan. (Duck Donuts)

Founded and named for the Outer Banks town of Duck, North Carolina, the Pennsylvania-based chain opened its Willow Lawn location in 2014, and later a second location in West Broad Village development in Short Pump in 2016 that it closed in 2018.

This is surprising given that the place was always packed. Certainly curious on the details.

Willow Lawn needs to find its footing. That bar space on the end of the inner courtyard is a very nice space, but it changes hands every 18 months.

Probably has to do with rent. I’m sure it’s sky high given the turnover there.

I can’t speak to all of the comings and goings, but the American Taproom spot is a BIG spot for a restaurant. It’s hard to fill, and revenue per seat is hard to attain. Any restaurant in there is going to have to stay pretty full to meet costs. Trevinia is in the midst of a massive bankruptcy. They’ve closed almost half of their stores. It was reported that a group bought several stores as a package, but not Willow Lawn. Family Meal opened to some acclaim, but there were issues within the ownership. I believe they had time left… Read more »

Duck Donuts is by far the least appealing donuts in Richmond, so to me it isnt surprising.

I would categorize Duck Donuts as putting on boat loads of toppings in order to distract you from a sub par delivery vehicle (the actual donut). If one cannot even make a good donut, does not matter how much junk you put on top.

Keith, what’s the point of this comment? There are over 220 locations from New England to California. That’s 5500% in growth (from 4 locations) in 6 years. Apparently someone likes them. Perhaps it’s competition, perhaps it’s location. It sounds like the product works just fine for most folks.

I don’t see Altria location staying open. It is not even show on Duck’s website as a location.

Like many donut places they are closing more shops then opening. Donut craze has past.

Rockville MD did a similar close and reopened after a week or so.

I also didn’t see the Altria location on the web site–perhaps it’s only open during events? It does seem curious to abruptly close given that the store seemed to have plenty of business–maybe the rent was raised an absurd amount.

We need to stop bringing in Northern Companies to the south and their rates are a lot higher than the south therefore our budgets dont match their’s. Thats why we see a lot of good businesses leaving now a days. Lets keep it local companies buying the properties and make sure the rent is affordable here.