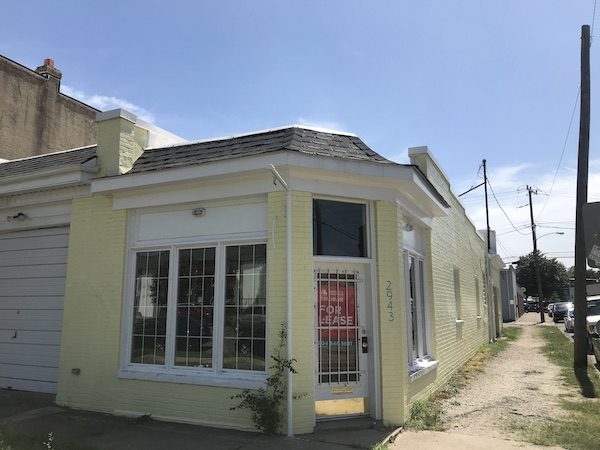 The French-style tea cafe is aiming to open in Scott’s Addition this fall. (Mike Platania)

After a career that took him from France to New York and through the United Nations, Theodore Akueson-Gannyi is fulfilling a lifelong dream in Richmond’s most sought-after neighborhood.

The Frenchman is preparing to open T-Caf, Salon de Thé, a tea shop and cafe at 2943 W. Marshall St. in Scott’s Addition.

“This is something I’ve always dreamed of: owning a nice little place for tea,” Akueson-Gannyi said. “It’s been my dream, and now is the time.”

The latter part of the cafe’s name “Salon de Thé” is French for “tea room.” Akueson-Gannyi said he wants T-Caf to be a comfortable, cozy space – a theme inspired by the tea shops he used to frequent in Paris.

“It’s going to be basically like if you’re at home, sitting comfortably in an armchair. It isn’t going to be a takeaway, get your tea or coffee and go. I’ll try to have a French flair to it,” he said.

He’s leasing the roughly 2,200-square-foot space that once was occupied by consignment shop Leftover Luxuries. It will have seating for about 50 and a limited food menu with things such as quiche, crepes, cookies and cakes.

T-Caf will use a variety of different teas from all over the world, including China, Japan, India and Finland, along with some coffee. Leaves will be sold to go.

Akueson-Gannyi spent his career working in stocks and for oil companies such as Chevron and Shell before getting into humanitarian work at the United Nations. He said he moved to Richmond in 2015 and recently retired.

Renovations are underway, and he said he’s aiming to open the cafe this fall.

Another new European-inspired cafe that’s en route to Scott’s Addition is Recluse Roasting Project, which is aiming for a fall opening as well.