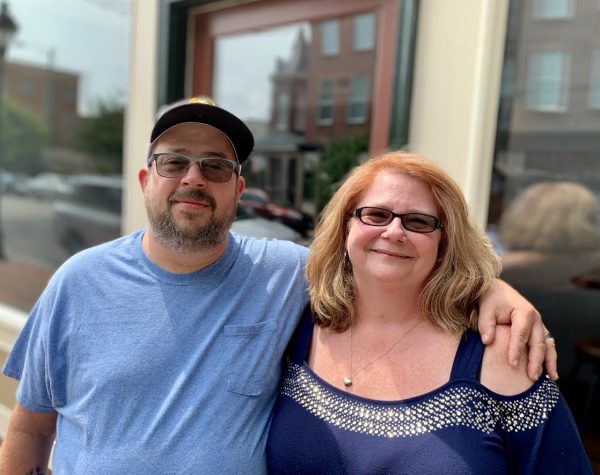 A recently shuttered Jackson Ward beer and barbeque joint is being filled with a similar concept by new owners.

Stump’s Pig & Pint is preparing to open in the former Jackson’s Beer Garden and Smokehouse space at 119 E. Leigh St.

Jackson’s closed permanently a few months ago after claiming to have closed for renovations. It was in business for about two years.

That’s when Jimmy and Terry Stump saw their opportunity.

“I looked at restaurants on my own for about two months,” Jimmy said. “I found this (space) on Craigslist, and I actually passed over it several times thinking that it was too big. I walked in, and as soon as I saw the space, I was pretty much sold.”

Stump’s is targeting an Aug. 26 opening, with plans to hire up to 32 workers.

“We’re in the process of hiring people now so we can get on our feet quickly,” Jimmy said. “We hope to get close to that number by the time we’re open.”

“We want to have the best brisket, pulled pork, Saint Louis ribs and smoked turkey in the city,” Jimmy said. “That’s our focus.”

The menu will include “rocket ribs,” where they debone a rib and mix the meat with house-smoked cheddar cheese to make pimento cheese.

“We’re going to make a lollipop using the rib meat and pimento cheese mix, and put the rib bone back in there and put it in a wonton wrapper,” Jimmy said of the rib rockets.

To rev up his pit smoking skills, Jimmy said he’s headed to Ocean Springs, Mississippi, this week to train with Brad Orrison, owner of a popular Gulf Coast barbecue joint, The Shed. The restaurant has been featured several times on the “Cooking Network” for its smoked ribs and sizable barbecue platters.

“He’s a friend of a friend,” Jimmy said. “I contacted him … and I’m going to work side by side with him to learn from his 20 years of experience smoking meats.” 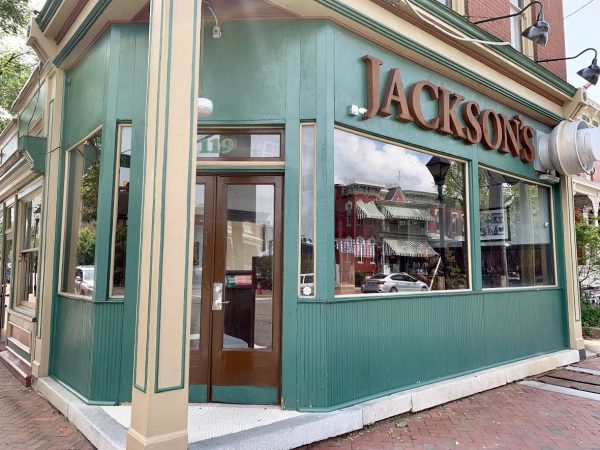 Stump’s is planning to open later this month in the former Jackson’s Beer Garden & Smokehouse space at 119 E. Leigh St. in Jackson Ward.

Stump’s also plans to make its own sauces and dressings from scratch, and serve other items such as salads and sandwiches.

“We want to have something for everyone,” Jimmy said. “We want this to be a destination location for the neighborhood and for those visiting Jackson Ward.”

That includes desserts, which will be made from scratch by his wife and business partner Terry.

“We’ll have a variety of cakes and pies,” Terry said, including a cake she dreamed up one night.

“It’s like a yellow cake, but instead of using water, I use pineapple juice,” Terry said. “Then I put crushed pineapples in it, and dried cranberries, walnuts and a homemade cream cheese icing. It’s so moist and it’s so good.”

Jimmy added the couple also is experimenting with recipes for several soda cakes made with Coca-Cola and Sprite.

“People remember those types of cake recipes, and we want to bring them back,” Jimmy said.

Stump’s will have a full bar and is looking to provide catering services after being open for one month.

Launching Stump’s has been a long-time goal for the couple. They have more than 50 years of combined food and dining experience.

Jimmy owned and operated The Diner, a long-standing Chesterfield restaurant near Genito and Hull Street roads that dates to the 1950s. He also was lead chef at The Grill at Waterford restaurant near Brandermill.

Terry is preparing to leave her long-time job with Food Lion, where she has worked in the bakery and customer service since 1987. She also worked as the lead production manager for Ukrop’s bakery facility.

“It’s just time for me to do something on my own,” Terry said.

“We want to do some live music on the patio,” Jimmy said. “We’re working through that and hope that’s something we can offer people as an entertainment draw to the restaurant and the surrounding neighborhood.”

Several new restaurants have popped up in the neighborhood, including Southern Kitchen, which recently opened across the street from Stump’s after a five-year run in Shockoe Bottom. Other new establishments nearby include Soul Taco, Salt & Forge and Fighting Fish.

“This is an exciting time to be a part of what is happening in Richmond,” Jimmy said. “To be launching this restaurant in such a historic neighborhood, and to see the revival of such an area, is why we wanted to come here.”

Wish them all the best but with a closed Coliseum, that even if replaced will be closed for years, a BioTech Park that is empty by 5:30pm, and Fatty Smokes on Broad I don’t see a market. This is the corner of edge of an empty section of downtown pushing into Gilpin Court. Broad @ 2nd is very, very different than Leigh/ Jackson @ 2nd!

I’m sure they appreciate the encouragement ….

Selling BBQ to construction workers seems a pretty safe bet to me.

I think that location can work on what’s happening with J-Ward now, leaving out the future

Looking forward to your opening and the addition to the area. Best of luck in your new operation. Provide good food and great service and you will be successful! Thanks