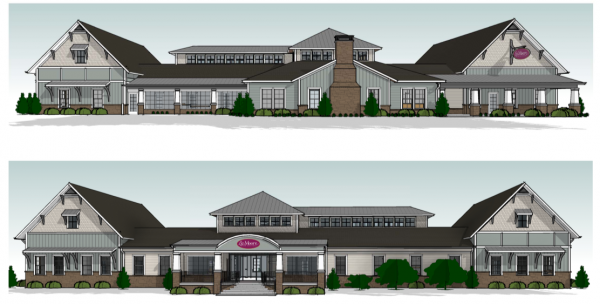 A rendering of the new office. (Balzer & Associates)

Following a series of office leases and moves since entering the Richmond market three years ago, a residential real estate brokerage with roots in the Peninsula has found a place to call home locally for the long haul.

Liz Moore & Associates is building a new office at 14061 Midlothian Turnpike, on a 1.2-acre outparcel at Charter Colony Shopping Center.

The Newport News-based company closed on the property Sept. 24, paying $650,000, according to Chesterfield County property records. The most recent county assessment valued the land at $521,900.

Harrison Hall and Peter Vick with Divaris Real Estate represented the company in the transaction. The seller was Charter Colony owner Edens and Avant Realty Inc., which was represented by Jim Ashby and Richard Thalhimer with Cushman & Wakefield | Thalhimer.

The brokerage plans to build a single-story, 13,000-square-foot office building with enough room for 50 agents and staff. The space will include a co-working-style area with a coffee bar and free WiFi for clients and the public.

The project cost is estimated at $2.9 million. Local firm Century Construction is the contractor and Midlothian-based Balzer and Associates is handling design, engineering and surveying.

The company broke ground last week on the site, and a ribbon-cutting is scheduled for 6 p.m. on Oct. 10. The company is aiming for completion in May. 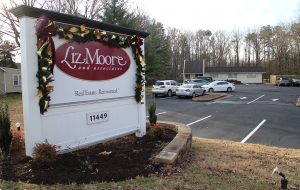 One of the brokerage’s former locations on Robious Road. (BizSense file photo)

The location will bring an end to a series of moves that the brokerage has made since expanding to Richmond in 2016. It most recently leased two buildings totaling 9,800 square feet at 1020 and 1030 Old Bon Air Road. Before that, it was located at 14449 Robious Road.

Managing broker Tonya Morrow, who led Liz Moore’s expansion into Richmond with agent Annemarie Hensley, said the moves were necessary to accommodate the Richmond team’s growth. She said the local branch now totals 36 agents – double its agent count in late 2016 – and is on track to meet its year-end goal of 800 completed transactions.

After so many moves, she said the team is looking forward to staying put for a while. 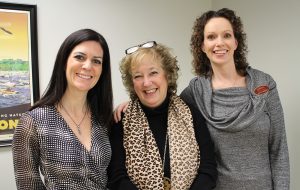 “We’ve been trying to find the right piece of property to purchase and then start the construction on, and we’ve finally gotten that taken care of,” Morrow said. “We had talked about different locations but had the same kind of idea in mind of how we want to work.

“We’re all thrilled to be back in one building,” she said. “I can’t tell you the number of agents that said they drove by and saw the excavators out there and were just super-excited.”

At Charter Colony Shopping Center, the company joins several other businesses setting up shop in the Publix-anchored strip at Midlothian Turnpike and Charter Colony Parkway.

Next door to Liz Moore’s site, a new Dairy Queen is planned at 14031 Midlothian Turnpike. Nearby, O’Toole’s Restaurant and Irish Pub is opening its second location at 13911 Midlothian Turnpike. Publix, meanwhile, is planning to open next spring, replacing the recently demolished Martin’s Food Markets space.