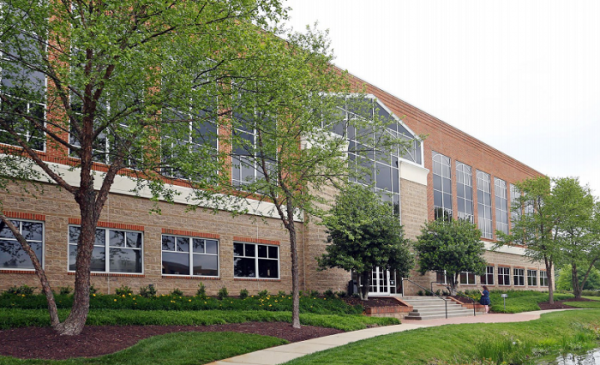 The firm has signed a lease in the West Shore III building at 301 Concourse Blvd. (Courtesy Thalhimer)

For its first office outside its hometown of Roanoke, a 25-year-old law firm is setting up shop in Innsbrook after luring a local attorney over from a rival.

Frith Anderson + Peake entered the market last month with the addition of Sam Bernier, who brings his medical malpractice defense practice over from Moran Reeves Conn.

Barnier, a UR law school grad who also previously practiced at Hancock Daniel, said FAP approached him about opening a Richmond office to be closer to its growing client base in Central Virginia, Hampton Roads and Northern Virginia. 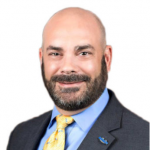 “They have been getting more and more business here,” Bernier said.

He said FAP initially asked if he would move to Roanoke, but he wasn’t able to make the logistics work. Then they offered him a chance to open and lead an office in Richmond. He jumped on it.

“They said, ‘Hey, would you change your mind if you could open a Richmond office?’” Bernier said. “I enjoyed working with Moran Reeves Conn, but as I told them when I left, there’s no set of circumstances where you’re going to let me open my own office. I was able to make a leap forward professionally without having to leave Richmond.”

Bernier started as FAP’s 14th attorney in August, working temporarily out of his house. The firm since has signed a lease for about 1,000 square feet in the West Shore III building at 301 Concourse Blvd.

Bernier said he hopes to be moved into the space any day now.

It will give the firm room for two attorneys, a conference room, and space for its other lawyers coming and going from Roanoke, as well as room to expand should the need arise.

Bernier said the firm will be on the lookout for an associate with two to five years’ experience to help handle long-term care and product liability defense work.

Frith Anderson + Peake was founded in Roanoke 25 years ago.

FAP was founded in Roanoke 25 years ago by Linda Frith, Phil Anderson and Walt Peake.
Peake died suddenly earlier this year, which further accelerated the need to hire a new attorney.

Matt Kelley, a FAP partner who helped facilitate the Richmond expansion, said the firm wanted to be closer to its clients across the state.

“While we’re based in Roanoke, we’ve always done work across the commonwealth,” Kelley said. “We were just looking to get something a little closer to where we’re already handling cases.”

FAP focuses mainly on defense of civil litigation, with a specialty in defense of health care providers, long-term care matters and general liability.

FAP’s arrival in Richmond continues a recent streak of law firm moves in and around the local market.

Ford Richardson, a year-old local firm, expanded to Hampton Roads in August. That’s the young firm’s fourth office since launching in May 2018.

Other recent moves were fueled by the demise of LeClairRyan and its attorneys jumping ship to other firms. Those include Baltimore-based Miles & Stockbridge opening an office in downtown Richmond.

And the LeClairRyan saga may help FAP furnish its new Innsbrook office. Bernier said he’s in discussions with the property manager of LeClairRyan’s now-shuttered downtown Richmond office to potentially get some of the furniture that was left behind when it was evicted last month.