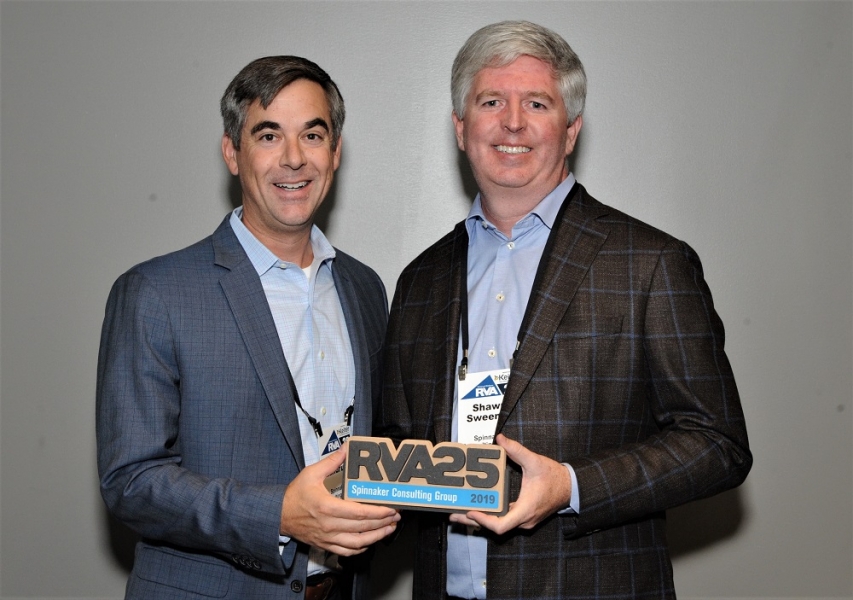 RVA 25 2019
Atop the RVA 25 this year is Spinnaker Consulting Group. (Photos by Tom Veazey) 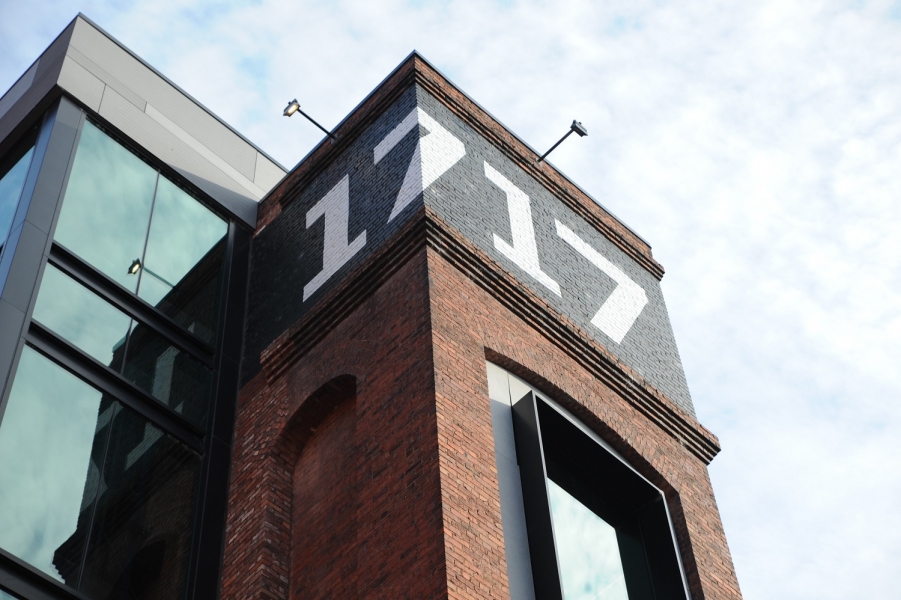 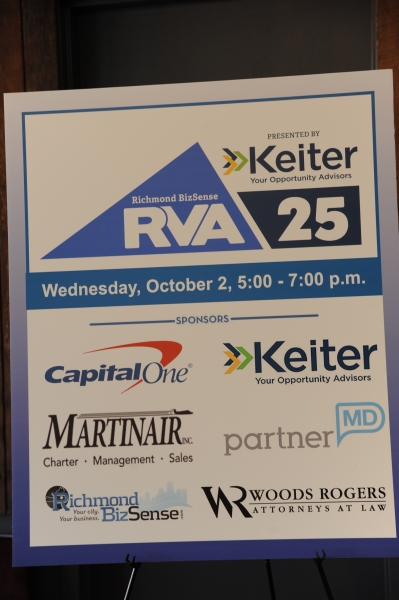 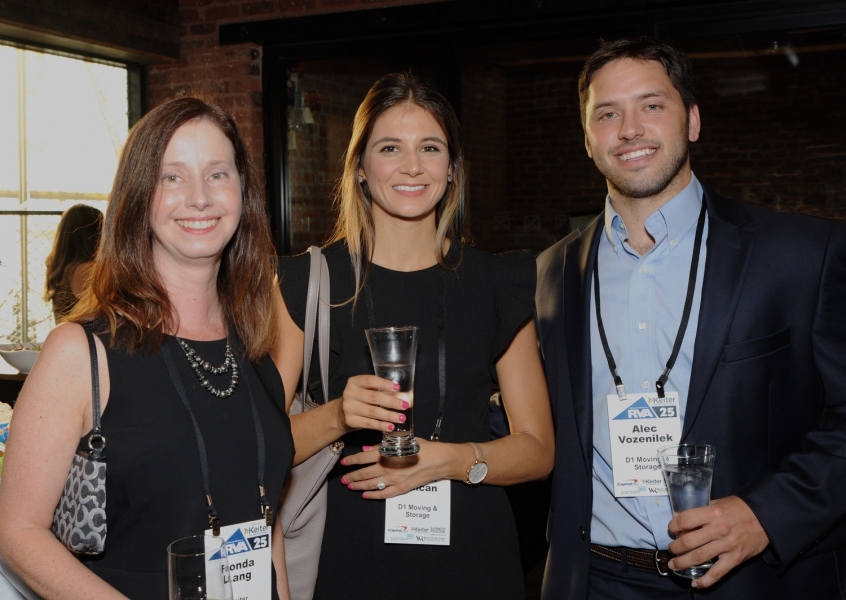 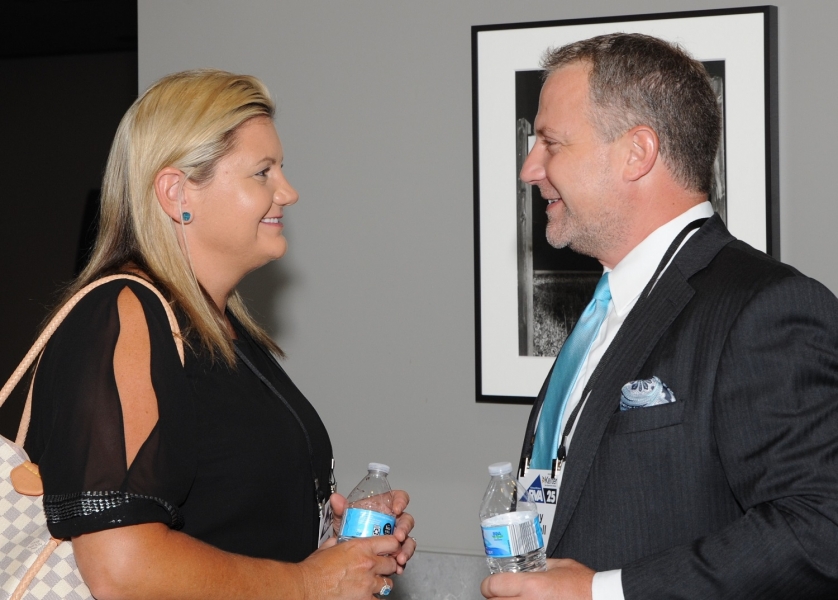 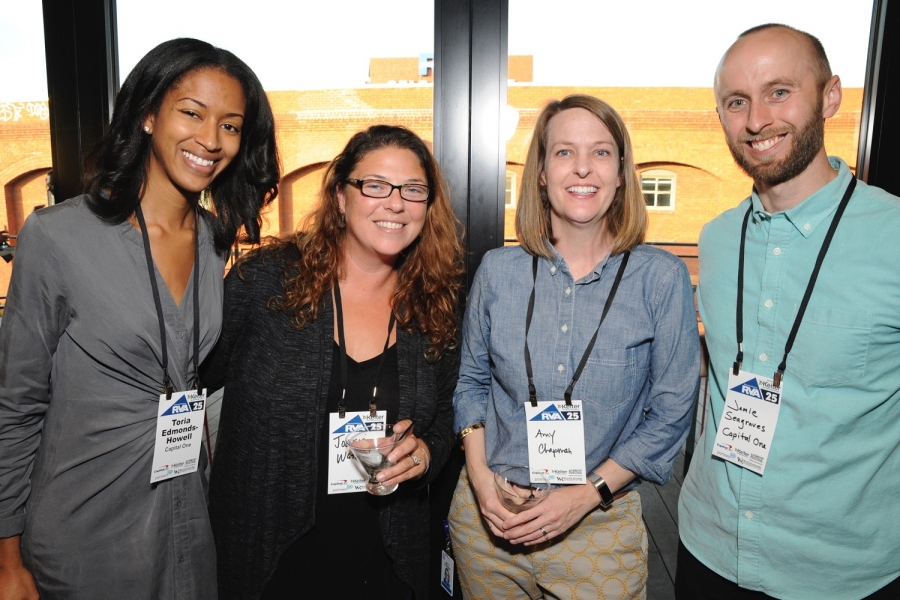 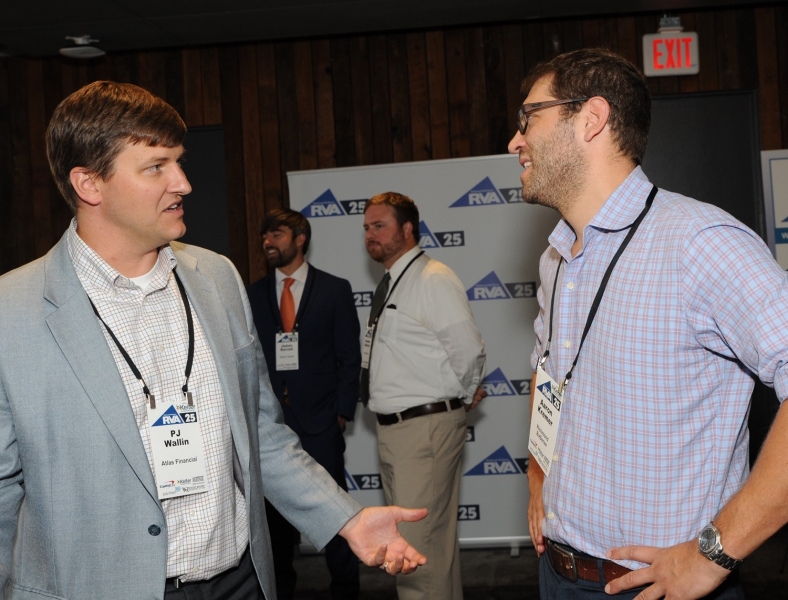 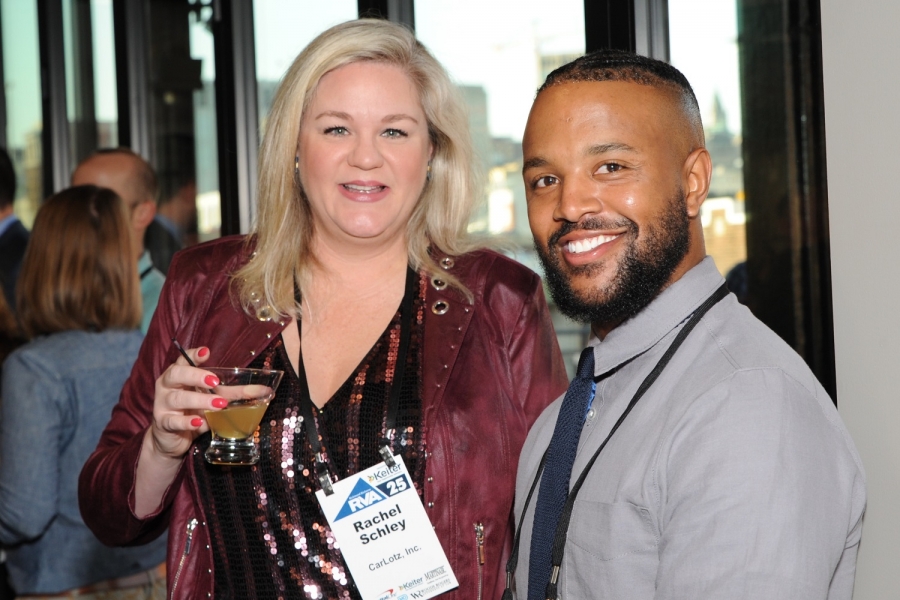 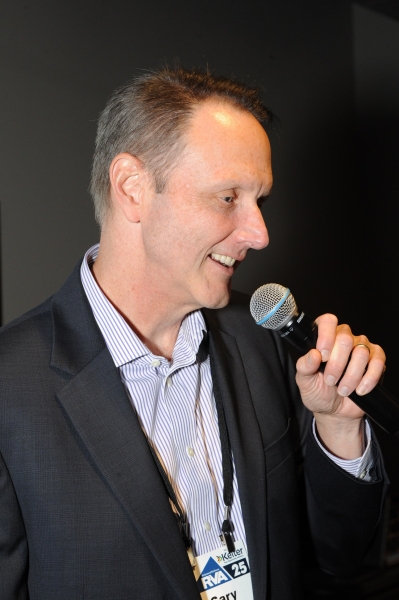 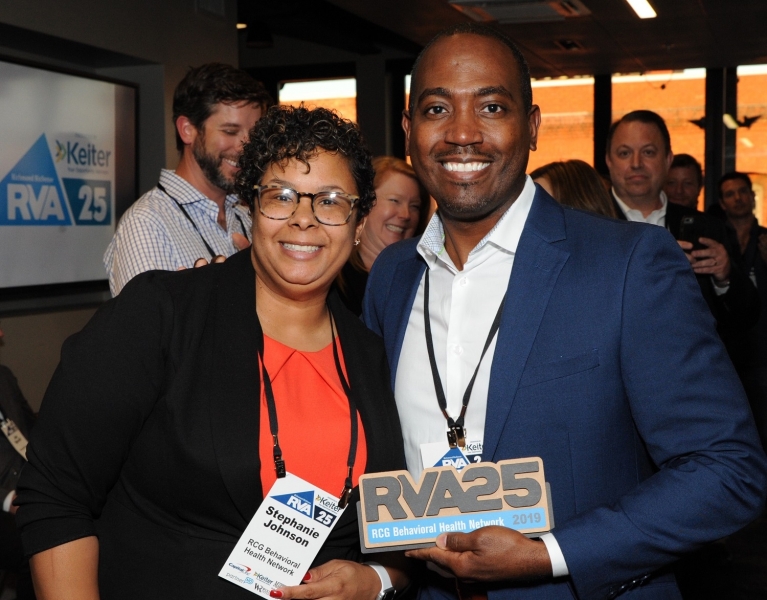 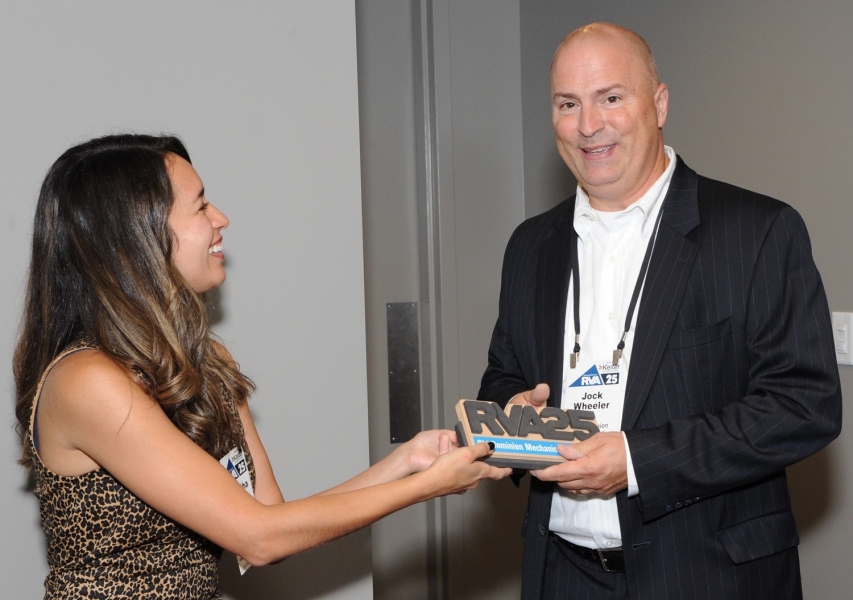 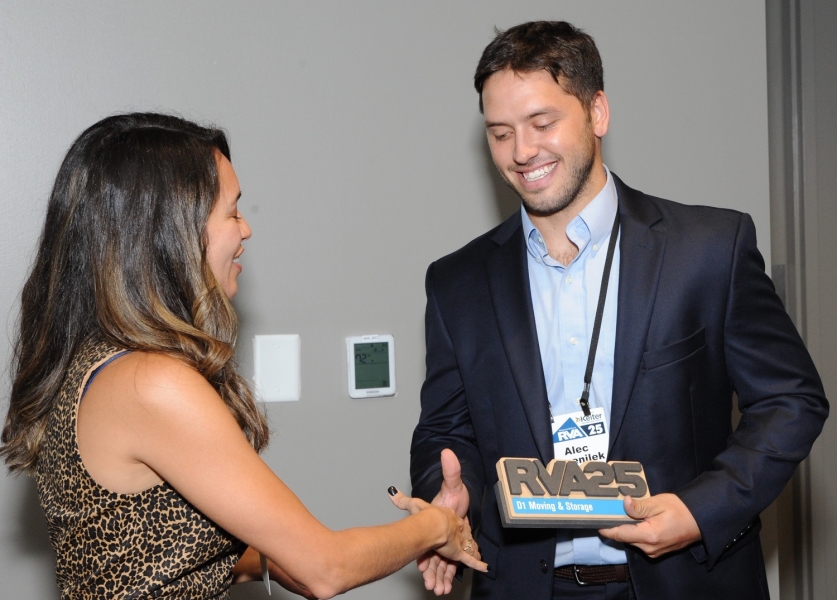 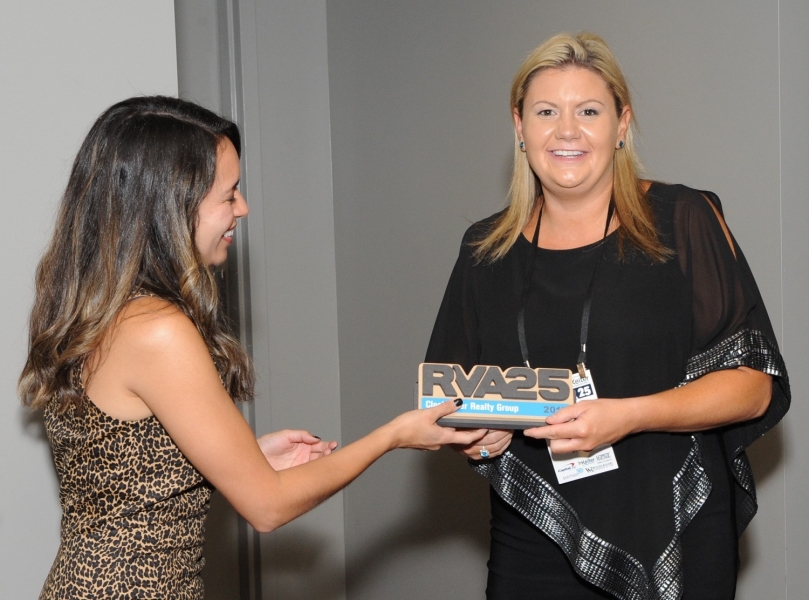 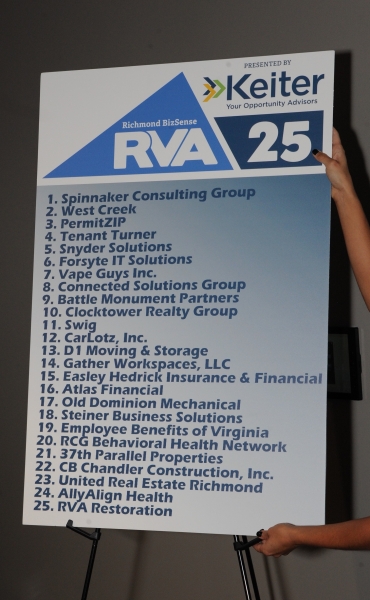 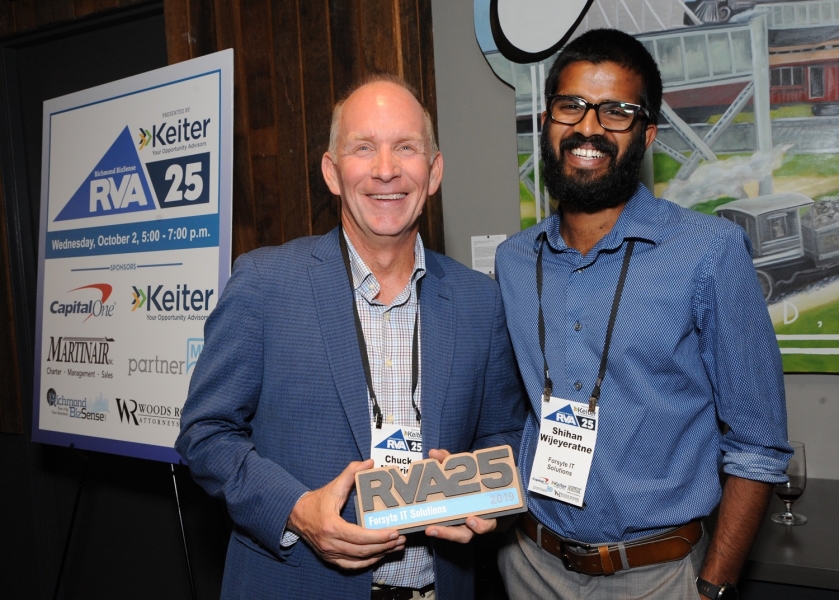 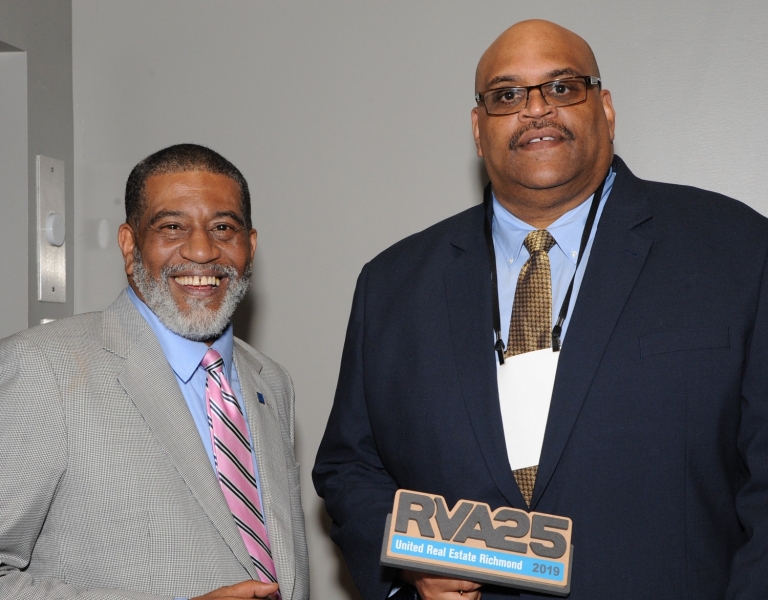 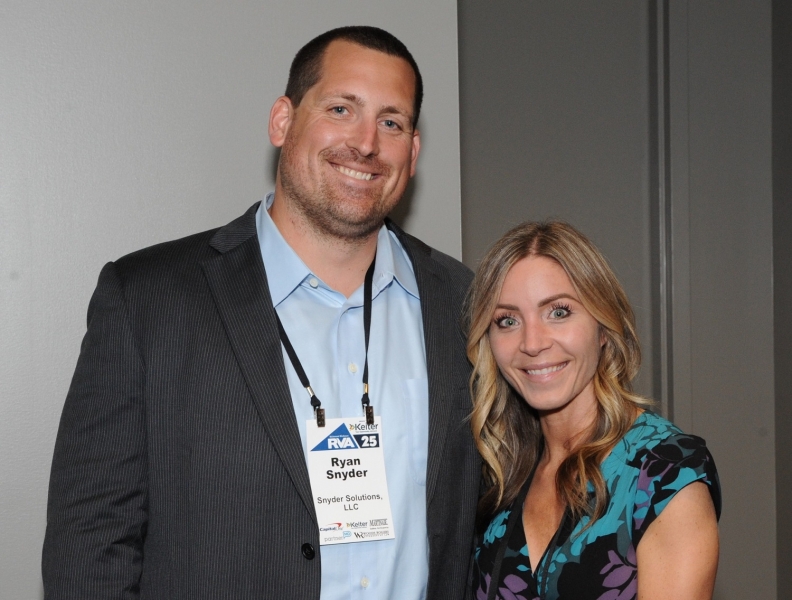 A wave of newcomers came crashing onto this year’s RVA 25 list of the most rapidly growing local companies.

The rankings are based on average annual growth over three years, with local accounting firm Keiter reviewing the books.

Atop the RVA 25 this year is Spinnaker Consulting Group, a Henrico-based firm that provides consulting services to Fortune 500 companies. 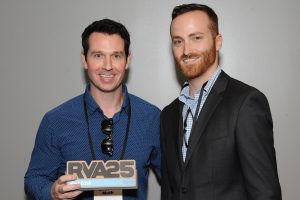 It was both Spinnaker’s and West Creek Financial’s first time on the RVA 25, which was a trend all the way down the list. Eighteen of the 25 companies, including nine of the top 10, were newcomers to the list.

No. 3 was PermitZip, a Scott’s Addition-based engineering firm with 296 percent growth. It specializes in providing designs for projects 20,000 square feet and under, and recently expanded its operations to Hampton Roads.

Others cracking the list for the first time included Tenant Turner, a property rental software company, and HVAC firm Snyder Solutions, who tied at No. 4 as they both posted 246 percent growth.

Mechanicsville-based Connected Solutions Group landed at No. 8 with 151 percent growth, and the commercial cellular device provider looks to be the early frontrunner for the top spot on the 2020 list. Earlier this year, CSG was also No. 8 on Inc. Magazine’s Inc. 5000 list, which tracks the fastest-growing companies nationally. CSG’s three-year growth, as recorded by Inc. this year, was 12,701 percent.

It wasn’t all new faces on this year’s RVA 25: AllyAlign Health, Gather and RVA Restoration, the latter 2017’s top company, all made their third appearance on the list. Car consignment company CarLotz made the list for the sixth time.

37th Parallel Properties was No. 21, with 100 percent growth. It’s been a busy fall for the company, as the Scott’s Addition-based real estate investment firm announced it closed on the purchase of an apartment complex in Houston last month.

While the list featured plenty of companies in industries such as consulting, real estate services and financial advising, companies outside the white-collar world also made the RVA 25.