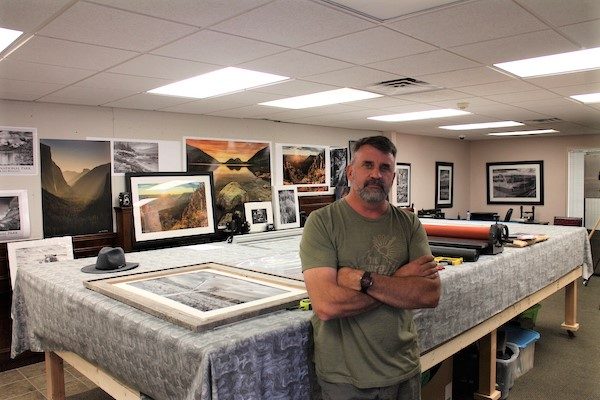 From the outside, the former TowneBank building at 5011 Brook Road looks vacant and unused. But behind the blank façade, the nondescript building is serving as the home base for an ambitious photography project about the country’s national parks.

Photographer Frank Lee Ruggles this summer leased the 2,300-square-foot building to be a workspace for “79 Years,” a project he’s working on to re-create 150 photos taken by the late Ansel Adams throughout the U.S. park system in 1941.

Originally from Charleston, South Carolina, Ruggles is a military veteran who turned to photography after his time as a paratrooper for the Army. He’s the husband of Lisa Ruggles, a longtime CoStar Group executive, and the couple moved to Richmond from Washington, D.C., about three years ago when Lisa changed offices. 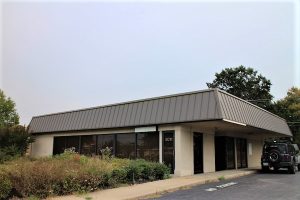 Ruggles is using an old bank building near the intersection of Brook Road and Azalea Ave. as a hub for the project.

Ruggles, who had ended a stint as an official photographer for the National Park Service, said he got the idea for 79 Years when he was trying to figure out what to do next.

“They don’t tell you, when you leave the military and when you leave federal service, there’s this big void in your life where the service used to be. I loved knowing I was one of the guys that was helping protect the national parks,” Ruggles said. “I tried to dream up a civilian project, and after a while I came up with this idea.”

The government commissioned Adams, a renowned landscape photographer, to take pictures of the national park system in the early 1940s.

The assignment was supposed to last five years, but was cut short at nine months after his funding was pulled following the attack on Pearl Harbor. Adams had shot about 150 photographs in 15 parks.

Eight decades later, Ruggles is preparing to set out and re-create each of those shots as authentically as possible. He’s purchased the same-style camera and equipment Adams used, including enlargers, lenses and camera bodies. He even has Adams’ old assistant, 71-year-old Alan Ross, helping out. 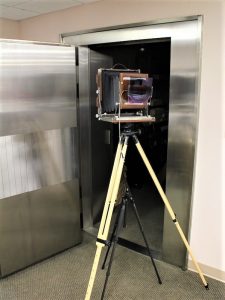 One of the old cameras Ruggles will be using near the bank’s former vault.

Ruggles said Adams kept rigorous notes on how he shot each photo, with one glaring exception: location.

“He kept notes on date and time of day, and things like aperture and shutter speed. The only thing he didn’t write down was location,” Ruggles said.

“His Grand Canyon photo is just down as ‘South Rim.’ Well the South Rim’s like 500 miles, so I’m going to walk it for two weeks, holding the book up in front of me trying to find it.”

Ruggles said in October 2020, he’s going to try to find what he calls “Adams’ 150 secret locations.”

He’s currently researching them while working other photography jobs. So far, Ruggles said, he’s found about 50 of the locations.

Ruggles said he’ll shoot for about nine months and try to complete everything in 2021, 79 years after Adams’ shots.

He’s leasing the old TowneBank building to act as the hub for the project. TowneBank had inherited the space in 2015 as it acquired Franklin Federal Savings Bank, and closed the branch in 2016.

Ruggles replaced the bulletproof glass at the teller windows with concrete to create a darkroom and had a custom table built in what was formerly the waiting area, where he can measure, cut and frame prints.

“It’s like a wonderland of camera (stuff) in here,” he said, laughing. “I have probably the nicest darkroom in America. I’m glad (the building) looks like nothing from the outside.” 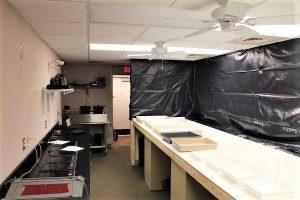 An old desk area was converted into a darkroom.

Ruggles, who describes himself as a conservationist, said the point of 79 Years is to show what the parks look like nowadays, for better or for worse.

“I’m trying to save the national parks, but I also think environmentalism, global warming and climate change kind of gets hyperbolic. So I thought, why not create something that is not up for interpretation – just an apples-to-apples comparison, so people will be able to believe their own eyes,” he said.

“If you have two pictures taken by two of the same cameras on the same film … it takes it out of the abstract and makes it something people can understand.”

Conversely, he said if some of the photos he takes do not show major changes, it will prove that conservation works.

“It just adds layers of credibility to the concept of protecting the national parks, and staying the course and not giving up,” Ruggles said.

“My biggest fear is that people are going to doom and gloom this conversation to the point where people just give up. Conservation works when we try it in some of these places. It should give us hope.”

Ruggles is funding the 79 Project on his own and has an online donation portal on his website. Once completed, he plans to send full-size prints to the National Park Service and publish a coffee table book of the photos.

Until then, he’s taking and printing practice photos along Brook Road while preparing to set out in his Jeep to try to find where Adams took his photos.

“It’s not an insurmountable task, but it’s a good body of work,” Ruggles said. “Looking around the Grand Canyon for these shots is half the fun and an adventure.”