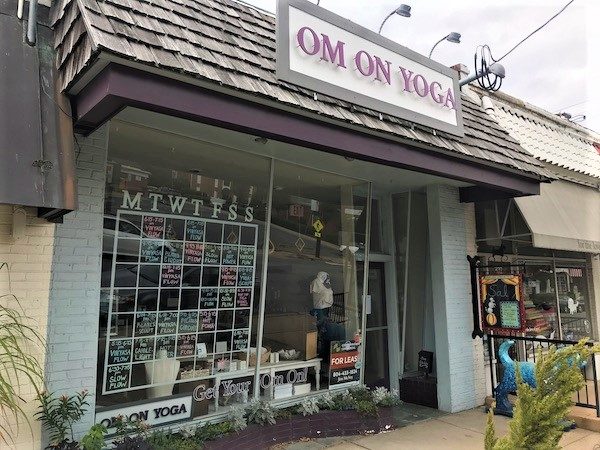 After nearly 10 years in the Libbie-Grove shopping district, a homegrown yoga studio is rolling up its mat.

Om On Yoga is preparing to close at 320 Libbie Ave. The studio, which has offered yoga and Pilates classes, opened in 2010 and also operated a retail shop selling clothes and yoga accessories.

Om On is owned by wife-and-husband duo Kelly and Ken Kostecki. They couldn’t be reached for comment.

In an Oct. 13 email sent to customers and obtained by BizSense, the Kosteckis wrote that their “time serving the Richmond community will be coming to an end.”

“As you can imagine it has been an incredibly difficult decision for us, but we do know that it is the path that we must follow,” they wrote. “We will miss sharing our time together in this space immensely, but will hold the memories near to heart, and look forward to the possibility of continuing our journey together.”

The studio’s 2,200-square-foot space is adjacent to Apothec, a health and beauty shop that opened late last year. Commonwealth Commercial’s Jim McVey has the listing on the Om On space.

As Om On exits the West End, another local yoga studio is preparing to plant a second location there.

Humble Haven Yoga plans to open a location in Reynolds Crossing, adding to its original location at 13 S. 13th St. in Shockoe Slip.