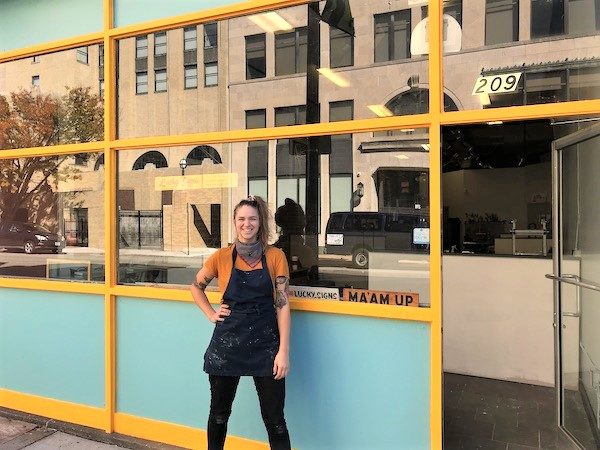 A former tattoo shop downtown is getting new life, just with a different type of ink.

Lucky Signs, which makes hand-drawn and painted signs used by local businesses and sold in-house, is preparing to open at 209 N. Third St. in the former Yellow Bird Tattoo space.

Sarah Apple started Lucky Signs just under three years ago. She’s a VCU arts alum and had been working at The Dog & Pig Show restaurant in Church Hill when she started doing lettering and signage. 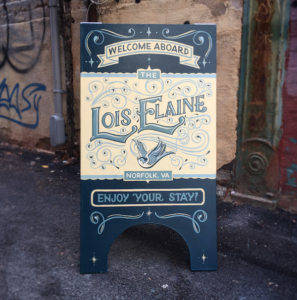 “They (the restaurant) needed someone to do the chalkboards, and I took it upon myself to have some fun with it,” Apple said. “I’d even come in on my days off to do a sidewalk A-frame just to see what I could come up with. I loved the functionality of what I was doing, like the work definitely had a purpose.”

Apple was at a crossroads in early 2017 when the restaurant closed and she needed work. She decided to dive in and create an LLC for Lucky Signs in March 2017. It has been her full-time gig ever since.

“I got super lucky. I had an Instagram account, posting basically just menus and sidewalk signs, so when I finished at the restaurant I had that little bit of a portfolio,” Apple said. “I think I met a lot of people through the restaurant and had built relationships through them. It was very much a word-of-mouth thing.” 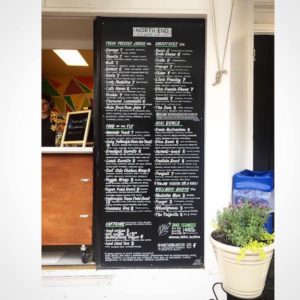 Apple said she ran Lucky Signs out of her home at the start. “It wasn’t ideal, especially since I was using toxic paints and mineral spirits and turpentine,” she joked.

She eventually got a stall at Studio Two Three in Scott’s Addition earlier this year, then outgrew it as she took on bigger jobs.

The Third Street space came available in September when her boyfriend and Yellow Bird owner Joseph Fessman left the spot to move to the Fan.

Apple said she’ll use the 1,200-square-foot space as Lucky Signs’s workspace and that she’s installing three other stalls that other artists or creative professionals can sublease from her. 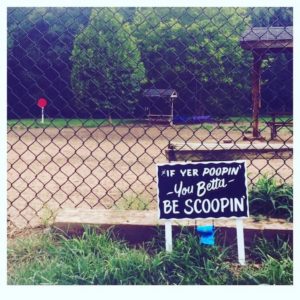 “It’s a little too big for just me. We’re building these little stalls, like eight-by-10 feet. Basically they’ll have a little more privacy to work,” Apple said. “I want people that are on a professional level. I want it to feel full and busy.”

The space also will have a shared table and lounge area, a small kitchenette and a retail space at the front.

“I usually have a supply of like two dozen little signs that I’ll sell there. There’s always extra wood scraps and I hate throwing it out, so I paint signs on these repurposed pieces of wood,” she said.

Apple said she’s still figuring out whether the space will carry the Lucky Signs name or have one of its own. She’s aiming to finish renovations and open later in November.

this looks neat. I’ve always liked those signs, I’m trying to figure out what I might need one for