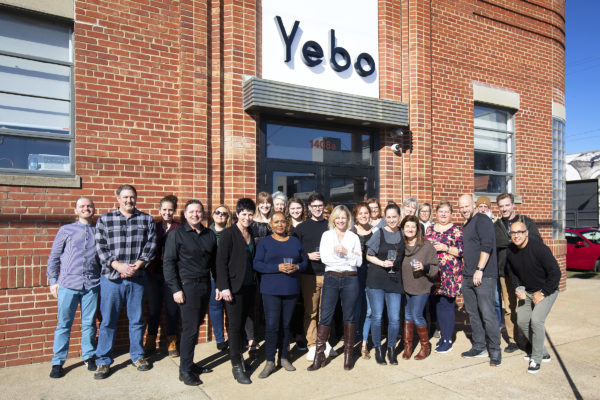 One of Richmond’s longer-running ad agencies has taken on a new moniker, inspired by its owner’s southern African heritage.

Barber Martin Agency is now Yebo (pronounced “Yay-bow”), an informal affirmative response derived from the Zulu language that translates as “Yes” or “I agree.” The slang word is a familiar term in southern Africa, where agency owner and CEO Robyn Zacharias, a Zimbabwe native, was raised. 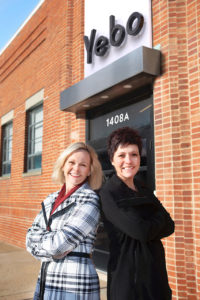 The rebrand was rolled out over the weekend, with a revamped website and new signage posted on the agency’s office building in Scott’s Addition, where it moved to from Boulders Office Park in 2017.

The changes mark a new era for the agency, which is starting its 32nd year in business. Founded in 1988 by Bob Barber and Bill Martin, the agency has evolved from a primarily retail-focused shop to a broader client base that includes brands such as Virginia Lottery, Microsoft and Walt Disney Co.

Guiding that evolution have been Zacharias, the agency’s president since 2006 and owner since 2014, and Deb Hagan, an industry veteran who Zacharias brought on as chief creative officer in 2016. COO Greg Simos rounds out the leadership team.

Zacharias said the changes have followed an evolving industry, both in advertising in general and in retail-specific marketing.

“We’ve seen retail evolve over the last several years, and as that evolution takes place, the services we provide have evolved and changed,” she said. “With that evolution came a chance for us to redefine who we are as an agency and the work that we do.”

While the new name pays homage to Zacharias’s heritage, Hagan said it was picked from among many others considered and presented to Zacharias as a surprise. The agency created a new internal team whose first task was to come up with the agency’s next name. Its research led to Zacharias’s roots and dug up “Yebo,” Hagan said.

“We thought it was interesting and sticky for the United States, where it doesn’t mean anything yet,” Hagan said. “We have the opportunity to bring its meaning to this country, but it’s also a word that’s so deeply connected to how we work around here.”

Hagan described that approach through the word’s meanings, both as a greeting and as a slang affirmation.

“The name is this double-positive: ‘Hello,’ that welcoming approach, but also ‘Hell yeah’ – we are going to give our all, we’re going to kick some ass on every project that we do and really try to elevate the brands that we’re working with.”

Zacharias would not disclose the 27-person agency’s work volume in terms of annual revenue, but she and Hagan said they expect the rebrand to help in growing its workload and reaching clients beyond its retail roots.

“The name change helps us evolve the approach of the agency,” Hagan said. “We still have that retail heritage, and that makes us behave in a certain way. But it also allows us to say yes to more opportunities, and be super-positive and excited about a variety of types of businesses that we work with.”

The agency is located at 1408 Roseneath Road. Since moving to Scott’s Addition, the agency has made a mark on the neighborhood through a branding campaign and work for businesses in the area such as Reservoir Distillery.

Current clients include Cato Fashions, SweetFrog and Bassett Furniture, and Zacharias said the agency recently picked up a local Honda dealer association and is in the running for a national retail client, which she said could be announced in coming months.

Yebo! Congratulations Robyn and team. It has been fun to watch you grow!