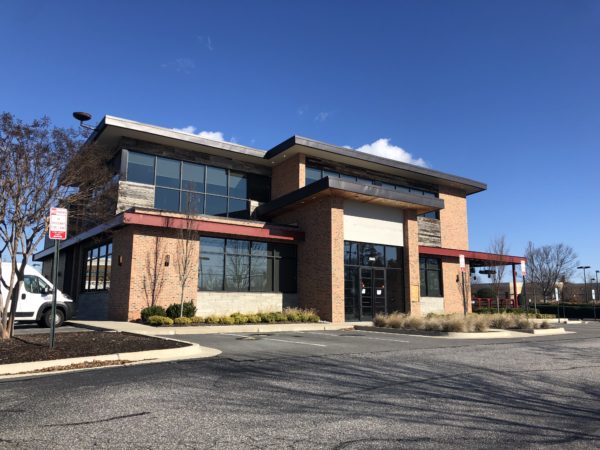 Chase Bank, the retail banking arm of financial giant JPMorgan Chase & Co., is looking to open a new branch in the shuttered Matchbox restaurant building at 11720 W. Broad St., according to plans filed with Henrico County.

Documents show the bank taking over the existing building and modifying it to add a drive-thru, among other changes.

The 7,000-square-foot building was built from scratch for Matchbox and has sat vacant since the restaurant closed last summer. The property is owned by the same group, comprised of local developer Pruitt Associates and Australian-based investment firm QIC, which owns the surrounding Short Pump Town Center.

Plans filed with the county show Vika Virginia as the project engineer and OTJ Architects handling the design. Its main entrance would be off Hagen Drive.

Chase declined to comment on the project, as did a Short Pump Town Center representative.

The Short Pump location would be at least the fourth location Chase has in the works as part of its initial push for a retail presence in the Richmond area. It has shown a particular appetite for Broad Street frontage.

It already has filed plans to build a branch from scratch on the former Extra Billy Barbecue site at 5205 W. Broad St. in Willow Lawn and is opening a small ATM-only storefront in the heart of VCU in a former ice cream shop at 1211 W. Broad St. It also recently signed a lease to take over a vacant BB&T branch at 8727 Staples Mill Road.

Chase’s parent company, the $2.6 trillion J.P.Morgan Chase & Co., has had a commercial banking presence in Richmond for about 10 years, but has yet to establish a retail branch location. Its push into Richmond is part of broader plans to open 50 retail locations in five years in what it calls Greater Washington.