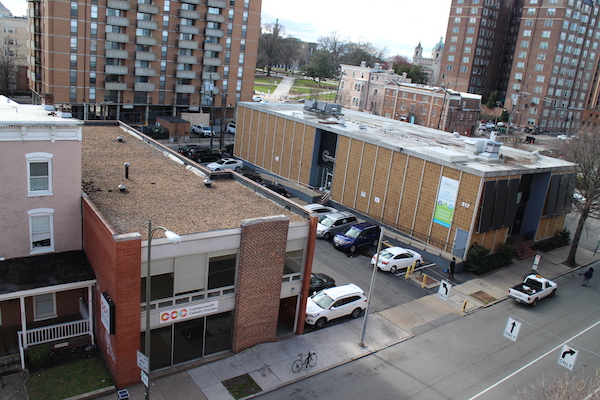 Daily Planet now owns about half an acre near the corner of West Grace and North Belvidere streets. (Photos by Mike Platania)

A nonprofit in the heart of VCU country has dropped seven figures for its neighbor’s property.

Daily Planet is located next door at 517 W. Grace St. and plans to use the new building to expand its operations, which include providing primary medical, behavioral and dental health care, particularly to the homeless and those on Medicaid. 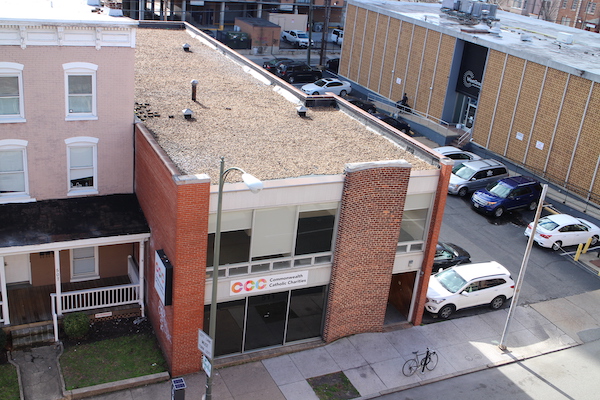 Daily Planet’s Board Chair Elizabeth Roark said the organization has been interested in the building for about 15 years.

“We’ve always been interested in the opportunity to expand access to our services near our existing space,” Roark said. “Our goals are to increase access to care. Certainly having the facility located very conveniently in terms of public transit is very important.” 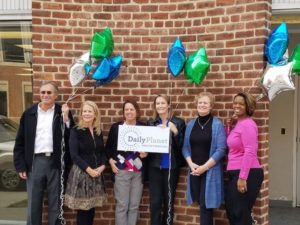 Daily Planet serves about 7,400 people each year, and Roark said the group has been running out of room at its current location.

“We currently have a waiting list for many of our services. We’re very much space-constrained,” she said.

Daily Planet also has a Southside operation at 180 Belt Blvd., which will remain operational, and has about 120 people on staff in Richmond. The nonprofit brought in $7 million in revenue on its most recently filed form 990 in 2018.

Roark said they’re planning to renovate the CCC building but still are working out details on what the design will look like, while taking its patients’ perspective into account.

“One of the things that often gets overlooked is that a lot of our patients deal with trauma at some point in their lives, and there are certain design aspects of a facility that can … make them feel comfortable and welcome,” Roark said.

Though it’s known for helping the homeless, Roark emphasized the nonprofit serves everyone.

“One of the shifts that’s happened, especially with expansion of Medicaid, is we welcome everyone regardless of their housing status or their ability to pay,” she said. 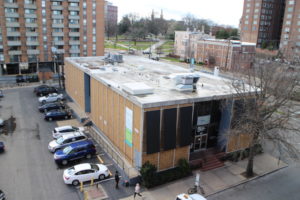 The nonprofit is keeping its 18,000-square-foot facility next door.

The nonprofit was founded in 1969, serving young people that needed shelter, meals and other health services. Per its website, those first clients said the nonprofit helped them feel like they were transforming themselves, much like Clark Kent transforming into Superman, so the nonprofit named itself after The Daily Planet, the fictitious newspaper where Clark Kent worked.

CCC, which operates several facilities around town, had been looking to move some of its Grace Street operations across the river to Manchester, where it had a contract on the former Community Bainbridge Baptist Church for a cold weather overflow homeless shelter. The organization terminated the contract last year amid neighborhood opposition.

The Daily Planet now has about a half-acre of land near the corner of West Grace and North Belvidere streets.

Catty-corner from the Daily Planet is the former Sunoco gas station site at 600-606 W. Grace St. that VCU bought in 2018 for nearly $4 million. Though the university has not announced any plans for it, its recently approved master plan indicates it’s eyeing a student gallery on the site.

Happy to see them expand, and happy to have them in the neighborhood. We need them!
I don’t know how leaders continue to find energy to serve the “least of these” while fighting neighbors who see the poor as a hassle and an inconvenience, instead of as human beings. God bless them!

Still, the smart move might be to sell the whole shebang to VCU. Imagine what they could do with $6mm? But where would they go?