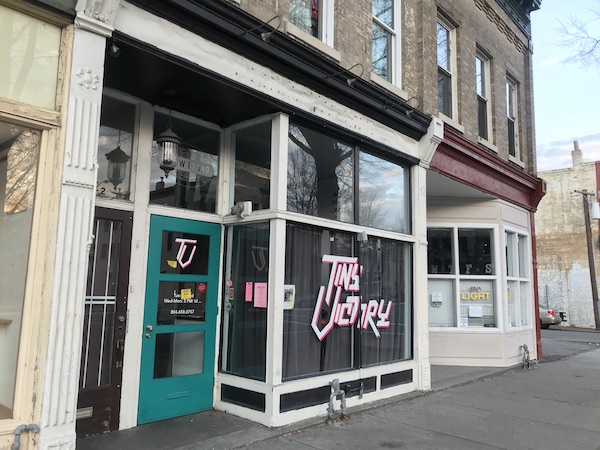 The Filipino restaurant has not been open during its listed hours in recent weeks. It’s unclear if its closure is permanent. (Photos by Mike Platania)

While the status of its current restaurant tenant remains unclear, a property in the Arts District recently fetched nearly $1 million.

The two-story, 5,700-square-foot building has been home to restaurant Tiny Victory, coffee shop RVA Light and All Team Staffing. 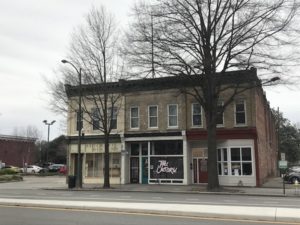 The building sold to a mystery buyer for just short of $1 million.

Tiny Victory, which opened about two years ago, has not appeared to be open for business during its normal listed hours in recent weeks. Attempts to reach Tiny Victory owners Ian Merryman and Devon Halbert have been unsuccessful. The restaurant’s phone number no longer is in service.

This week, it was announced that Merryman is now executive chef at ShoreDog Café in the Tuckahoe Shopping Center in the West End, according to the restaurant’s Facebook page.

RVA Light and All Team remain open as usual.

The building sold to 504 West Broad LLC, an entity whose registered agent is Charlottesville-based attorney Brian Craddock of Flora Pettit. Craddock did not respond to calls and emails seeking comment.

The Tiny Victory space has had plenty of tenant turnover in recent years. Since 2012 and prior to Tiny Victory, it was home to Belvidere at Broad, Antler & Fin, Boka Tavern and Yaki.

That’s a surprising price for that property.