The Fan is set to get a juice bar with a rooftop patio as a local chain prepares to move down the block.

The Pit and The Peel is moving its VCU-area location from 1102 W. Main St. to the former Anderson Printing Co. building a block west at 1210 W. Main St.

Co-owners Craig Brosius and Kevin Urbanowski first opened The Pit and The Peel near VCU in 2015. Since then, the company has added locations downtown in James Center, in Short Pump Town Center and Carytown. It’s also adding a Norfolk store and a commercial kitchen in Henrico.

The move to new space in the Fan marks the first time The Pit and The Peel will be its own landlord. 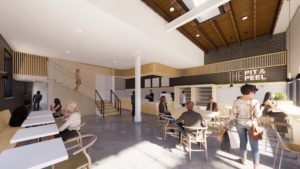 The juice bar plans to convert an old printing building into its new Fan home. (Renderings courtesy The Pit and The Peel)

Brosius and Urbanowski bought the 2,400-square-foot building through their Broski LLC last week for $375,000, per city property records. The city most recently assessed the property at $384,000.

“The idea was solidifying the future of The Pit and The Peel at VCU … and obviously having the opportunity to have a business asset,” Brosius said. “A lot of the places we move to are high-flow and high-traffic, and we don’t get the opportunity to buy the building we’re in.”

Thalhimer broker Annie O’Connor represented The Pit and The Peel in the deal, and Colliers International’s Marc Allocca and Harrison McVey had the listing for the landlord.

Brosius said they expect to put about $850,000 into renovating the building, which has been vacant for years.

“It’s going to be a full remodel, a full gut,” Brosius said. “It’s a perfect footprint for us.” 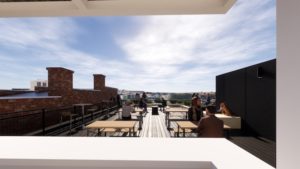 The renovation will include a 1,750-square-foot rooftop patio that will overlook the intersection of West Main and North Brunswick streets.

Renovations are expected to begin immediately, with plans for a mid-May move-in. The other Fan location will remain open in the interim.

It’ll be a busy 2020 for the juice company as it’s also preparing to open its Norfolk location, and the commercial kitchen in a few weeks, Brosius said. Beyond that, he said they’ve got a few letters of intent out on additional spaces in the region for more locations.

“There’s a lot going on right now, but if I can make it to about May or June, we’ll be sailing,” he said. 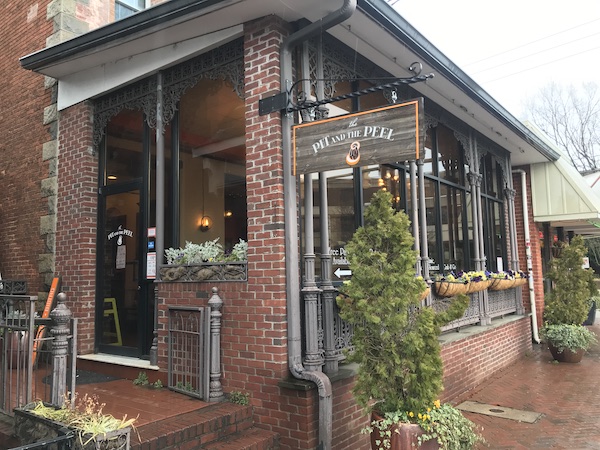 The Pit and The Peel will leave its first and current home at 1102 W. Main St. (Mike Platania)

It’s exciting to see that building get redeveloped, and the plans look great. I just wish they were restoring the full height of the storefront windows.