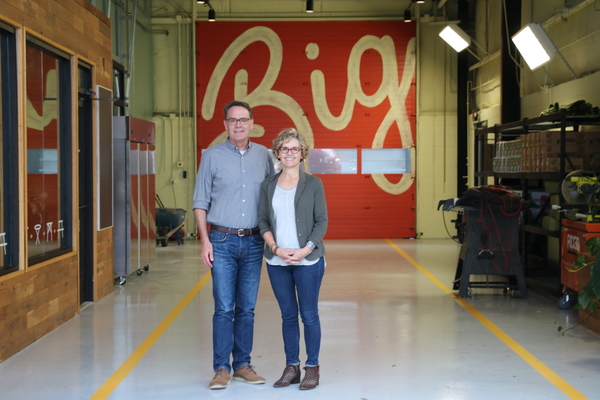 A new restaurant concept from the owners of Tazza Kitchen is in the works in Scott’s Addition as they wind down their prepared-meals outpost after less than two years in business.

The Big Kitchen closed for business at 1600 Altamont Ave. earlier this year.

A Short Pump location of Big Kitchen followed shortly after, and will remain open next to the Tazza location at 3332 Pump Road.

Susan Davenport said the decision to wind down the Big Kitchen in Scott’s Addition was due in part to unexpected growth in their catering business, which it added last fall. 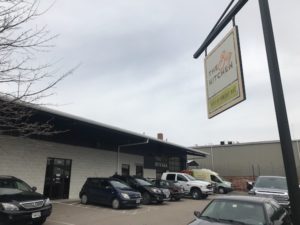 The shuttered Big Kitchen will be replaced by a new concept from the Tazza Kitchen owners. (Mike Platania)

“We just realized (catering) was a better business model for us,” Davenport said.

“We knew that The Big Kitchen in Scott’s Addition as a stand-alone was a little bit of a pilot to test the waters on the prepared meals. We learned a ton, and it was a great experience and our customers really enjoyed it. But in terms of the labor model and minimizing food waste, it made more sense for it to be attached to one of our restaurants.”

Davenport added they’re in the early stages of planning a new restaurant to take The Big Kitchen’s space in Scott’s Addition.

“It will be a new concept, but there are still so many details up in the air. We should have them laid out over the next few weeks,” she said.

The Big Kitchen and Tazza Kitchen’s parent company, The Big Kitchen Hospitality, have a long-term lease on the 6,000-square-foot space with landlord Baker Properties, which bought it for $805,000 in 2016. It also houses the restaurant company’s offices.

Big Kitchen was great. It’s definitely a concept with legs if they can figure out the model. In the meantime, I’m excited to see what’s next.

I really miss Big Kitchen. The food and service was great, and incredibly convenient on weeknights. I am curious to see what they come up with.

I used Big Kitchen regularly to buy prepared meals and I loved it. I’m excited to hear what’s next!

I liked Big Kitchen the couple of times I went there, but never went back. Menu never changed, and there is too much interesting food in Richmond to eat the same thing over and over again. Also, there is lots of good barbecue in Richmond that is takeout – meh barbecue at Big Kitchen wasn’t interesting. So I’m not surprised it closed. I’m excited for a new restaurant there, but I hope it’s as good as Tazza Scott’s addition when it opened, when it was delicious, not now, when they are phoning it in and delivering acceptable mediocrity. Acceptable mediocrity… Read more »