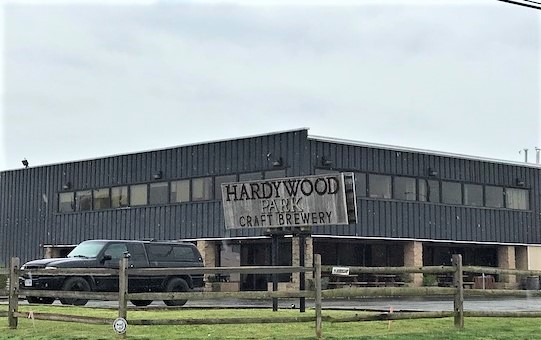 One of the region’s brewing pioneers is set to get plenty of new neighbors.

Hardywood last week sold its building at 2410 Ownby Lane for $2.35 million to Spy Rock Real Estate Group, which is planning a mixed-use development, including upwards of 200 residences, on surrounding parcels.

Hardywood co-owner Eric McKay said the brewery will continue to lease the property, which will be renovated, with the help of Spy Rock.

Spy Rock principal Andrew Basham said project details are still in the works, but that they’re looking at a variety of housing types totaling between 180 and 250 units.

“We want to create a real mixed-use project on a larger scale with commercial uses, and hopefully a variety of residential uses, including most likely apartments,” Basham said. “We believe there was, at least prior to three weeks ago, a robust demand on the for-sale residential side, that’s a townhouse or condo product.”

The project will include Hardywood’s original home next door at 2408 Ownby Lane, which Spy Rock bought in February for $1.3 million, as well as Boxwood Partners’ neighboring building at 2413 Ownby Lane, and industrial warehouses at 1601 and 1611 Overbrook Road. 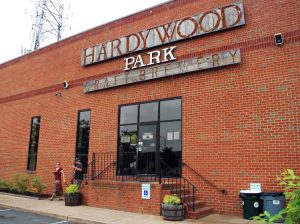 Earlier this year Spy Rock and fellow local development firm Crescent Preservation & Development Co. had the parcels rezoned to allow for up to five stories of mixed-use development.

Basham said they’re planning to purchase the Overbrook parcels this fall and that they’re working with Boxwood to incorporate their site into the project. Spy Rock is planning to raze the non-Hardywood-occupied parcels and build from the ground up.

The overall size and cost of the project are still up in the air and will be in part determined by the economic shakeout triggered by the coronavirus pandemic.

“It’s a difficult, challenging time right now. Unfortunately some people are going to lose their jobs but we’re optimistic those jobs will return quickly when this passes,” Basham said.

“While we’re in the throes the service industry as a whole is facing, we do see the light at the end of the tunnel,” McKay said. “I think the economy fundamentally is pretty strong, it’s just this temporary crisis that is throwing us all curveballs. Our focus is on what happens after.

“We’ve always seen a ton of potential in the neighborhood, and with things like the Sauer Center coming online, we’re already seeing some of that potential come to life.”

The sale of the 2410 building, which McKay said has been in the works since mid-2019, is closing at a time when the injection of cash will help Hardywood navigate the coming months in the wake of the coronavirus pandemic.

“The COVID-19 crisis has been crippling to the craft brewing industry and financially devastating to Hardywood. The majority of our revenue vanished overnight, and we’re doing everything we can to take care of our team,” McKay said.

“We’ve been able to free up some equity to deleverage a bit and pay off some debt, which will be an important step in making it through the months ahead.”

Like many other local breweries, Hardywood has embraced delivery and to-go orders while distribution and taproom sales have dried up temporarily to comply with public health requirements.

One obstacle to apartment deals is scheduling FNMA and Freddie inspections, and I assume the same problem exists with local lenders such as VHDA. Apartment tours for prospective purchasers are out of the question, so everything is being conducted on line. But that’s only possible if you’ve managed to do top of the line photography prior to COVID-19 spread. It’s a new world for real estate sales. But as John Prine sang (and we’re pulling for you John), “its a half an inch of water and you think you’re going to drown; that’s the way the world goes ’round.” The… Read more »